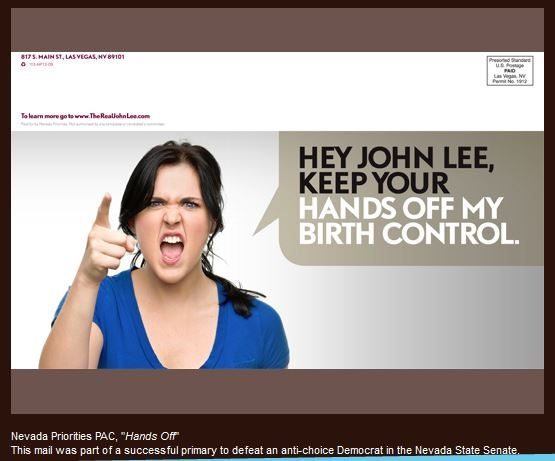 LAS VEGAS — Has the Lake Tahoe Compact been saved?

Do the announced compromises between Nevada and California — repeatedly hailed by lawmakers in Carson City following the May 14 agreement of the states’ governors — stand any genuine chance of solving the Tahoe Basin’s longstanding economic, governance and water-clarity problems?

Or have deep and fundamental conflicts between the two states and between Tahoe environmentalists and most lake residents merely been papered over — soon to return in an even more virulent form?

The press release jointly issued by Nevada Gov. Brian Sandoval and California Gov. Jerry Brown on May 14 said the “agreement renews our commitment to work together to do what’s best for the environment and economy of the Lake Tahoe region.”

Preceding that press release had been some 18 months of talks between Nevada and California officials and legislators.

Those talks, however, had only occurred after Nevada — its patience with California exhausted — passed legislation in 2011 to leave the 44-year-old bi-state agreement as early as 2015, extendable to 2017, unless several conditions were met.

As stated in the Nevada legislation, SB 271, those conditions were:

1)That the Compact be amended to change the voting structure of the Tahoe Regional Planning Agency (TRPA) so that a majority of California’s seven representatives on the governing board no longer had to support a project on Nevada’s side of the lake for it to proceed;

2)That the Compact be amended to take into consideration “changing economic conditions and the economic effect of regulation on commerce” in the basin;

3)That the Compact be amended to require litigants challenging decisions of the TRPA governing board to face a more demanding burden of proof than previously.

According to the governors’ press release, California agreed to “place in statute” provisions meeting conditions 2) and 3). Also, because changes in Compact language require Congress’ approval, Gov. Brown also committed to “work closely with … Congress to ensure they consider and act upon these amendments.”

Nowhere to be seen in the agreement, however, was any reference to condition 1), the change in the TRPA board voting structure. Moreover, according to an April 2 California legislative analysis, “There is no indication that California has any interest in changing the voting structure.”

Thus, the ostensible compromise: In exchange for certain California officials’ commitment to change that state’s laws and to help ensure that Congress consider two of Nevada’s proposed changes to the Compact, Gov. Sandoval agreed to abandon Nevada’s demand for more control over development on Nevada’s side of the lake, and to repeal SB 271’s withdrawal provision.

Both states have until the end of 2013 to make good on their various pledges. So far, bills with the requisite language have passed both houses of the Nevada Legislature. Yesterday, the California senate approved that state’s bill, 38-to-0.

But how good a deal, really, was the agreement for Nevada?

Initially, in signing and supporting SB 271, Gov. Sandoval had sided with Nevadans demanding significant change to the Tahoe status quo. And after the bill was signed, 18 months of much more active and attentive cooperation from California followed.

It was a remarkable, 180-degree turnaround. In the 2011 session, 10 of the 12 Senate Democrats had voted with nine Senate Republicans to pass SB 271.

Moreover, the Senate’s first hearing on the repeal bill this year saw almost twice as many people speaking against the bill as for it. Sixteen individuals, largely representing different elements of the Tahoe business community, argued forcefully that SB 229 was seriously premature.

Mike Draper, for the South Tahoe Alliance of Resorts, or STAR, led off. He, like virtually every opponent of the repeal bill testifying, attributed the “unprecedented cooperation” seen in the Tahoe basin for the two previous years entirely to Nevada’s passage of SB 271 in 2011.

“Before its passage,” Draper told lawmakers, “‘communication’ and ‘cooperation’ were unheard-of words among the [TRPA] Board [members] and the Lake’s stakeholders.

“Senate Bill No. 271 of the 76th Session was a gigantic two steps forward for the Basin. To repeal it just 18 months after enactment, and before it has been fully enacted, would be three steps backward.” Other opponents of SB 229 spoke similarly.

Among proponents of the repeal bill, first up was Sen. David Parks, the new chairman of the Government Affairs committee, which had introduced SB 229.

In 2011, Parks had voted for SB 271, along with nine other Senate Democrats and 10 Republicans. That year, however, the chairman of Government Affairs had been Sen. John Lee, the original proponent and primary sponsor of that bill.

But now Lee was gone from the Senate, and all the chamber’s Democrats were very aware of what had happened to him: He’d been made an object lesson.

Targeted by environmentalist PACs in a contested 2012 Democratic primary, Lee had been defeated by a political newcomer, Patricia Spearman. Now freshman senator Spearman was vice chair of Senate Government Affairs. And Lee was that very day — April 2, 2013 — it would turn out, being elected the new mayor of the City of North Las Vegas.

Parks, the new chairman of Government Affairs, began the hearing on SB 229 by saying that for the “spirit of collaboration” that followed passage of SB 271 to continue, “Nevada must recommit to the Compact” by repealing the very provisions that had undeniably and most emphatically gotten California’s attention — those embodying Nevada’s threat to leave the Compact.

During the course of the hearing, however, Sen. James Settelmeyer related conversations with California legislators that appeared to directly refute Parks’ argument.

“Recently, because the 2015 withdrawal deadline is approaching, four members of the California delegation came to Nevada to talk with Assembly Speaker Marilyn Kirkpatrick and me,” Settelmeyer continued. “The delegation told me that the only reason they had come was because of SB No. 271 of the 76th Session, and if it is rescinded, they will not come to the table.”

Besides Parks, eight other individuals testified for the repeal of SB 271 that day. All were environmental activists, and five were representatives of environmental organizations. Foremost among the latter were Kyle Davis, of the Nevada Conservation League, and Darcy Collins, of the League to Save Lake Tahoe.

Repeal of SB 271, Davis told the committee, was the top legislative priority of Nevada’s environmental community.

Senate Democrats were attentive. Davis — who had signed in as policy director for the Nevada Conservation League and also political director of its education fund — is also the registered agent for the Nevada Priorities PAC, or NPPac, formed March 27, 2012.

And NPPac — according to documents it filed with the Nevada Secretary of State — had poured $86,209 into its successful effort to eject Lee from the state Senate by defeating him in the June 12 Democratic primary election.

According to those campaign-finance reports, the Nevada Conservation League PAC was the largest contributor to the Nevada Priorities PAC, providing $34,000 of NPPac’s total $71,800 monetary contributions.

Interestingly, despite the bulk of its funds coming from environmentalist donors, NPPac did not opt to attack Lee primarily on his introduction of SB 271, the environmentalists’ chief gripe.

Instead, the PAC paid the Chadderdon Group — a direct-mail outfit in Washington, D.C., that boasts of winning the “Reed Award for the ‘Toughest Direct Mail’ piece three years in a row” — to go after Lee, a member of the Church of Jesus Christ of Latter Day Saints, on alleged “war on women” issues.

On chadderdongroup.com, as of the date of this story, two of the mailers sent to voters in the Southern Nevada Senate district were still viewable: 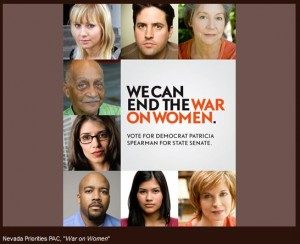 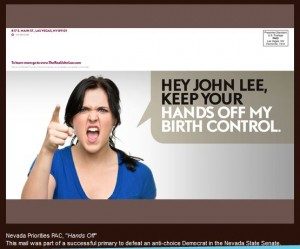 Like the Lake Tahoe business witnesses, the Sandoval administration’s director for conservation and natural resources, Leo Drozdoff, also characterized the bill to repeal SB 271 as quite premature.

“The timing of SB 229 threatens the gains of two years,” he said, referencing the bi-state group that he and California Natural Resources Secretary John Laird had put together. “I am worried that we will revert to form instead of building upon our many successes.”

Nevertheless, newly confronted with the collapse of the bipartisan legislative consensus behind SB 271, the administration soon signaled its willingness to compromise.

“Sandoval would prefer not to veto SB 229,” one well-informed Republican lawmaker explained to Nevada Journal. “I think what he’s trying to do here is get something that he won’t have to veto. In other words, some amendment.”

An outright veto, after all, would incite not only the leftist-Democrat PACs who’d just tasted blood, and not only that party’s senators’ — newly eager to demonstrate their fealty to the party’s militant fringe — but also the ire of national environmental groups, whom no governor said to be positioning himself for a U.S. Senate race would ever want to cross.

Nevertheless, Gov. Brian Sandoval now has another political problem: Unless California really does change its ways — and does not, in Drozdoff’s words, “revert to form” — he will end up tagged with having presided over a significant defeat for the State of Nevada and its Lake Tahoe citizens.

For that not to happen, multiple things have to occur — long shots, in the view of many long-time Tahoe residents.

First, California’s recent “reasonableness,” such as it is, will have to continue manifesting on the TRPA governing board significantly beyond the beginning of next year.

Sandoval also needs the federal courts, including the famously liberal Ninth Circuit Court of Appeals, to not side with the Sierra Club lawsuit against the TRPA regional-plan update and “monkey-wrench” the whole deal.

He also needs California to use its massive political leverage in the U.S. Congress to get through that body the two changes in the Compact on which California and Nevada have nominally agreed.

And finally, Sandoval has to hope that even after the “burden of proof” and “economic effect” language gets added to the Tahoe Compact, assuming that happens, those two changes actually do make a difference — which many legislators and other observers seriously doubt.

Steven Miller is the managing editor of Nevada Journal, a publication of the Nevada Policy Research Institute. For more in-depth reporting, visit http://nevadajournal.com/ and http://npri.org/.