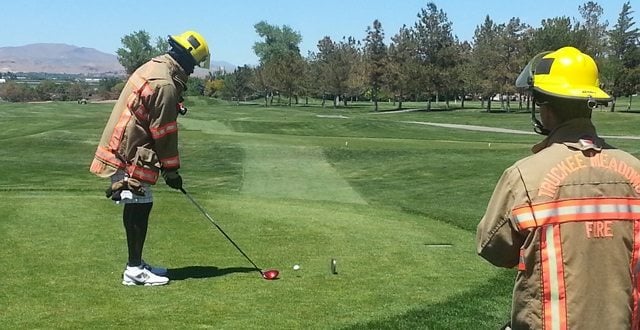 Eighty golfers from the Sheriff’s Office and TMFPD took time off work to compete in the tournament Monday. The idea for the tournament was first suggested by the Hidden Valley Country Club.

“When Hidden Valley Country Club approached us with the idea of hosting an event to thank first responders we saw an opportunity to give back to our community,” Washoe County Assistant Sheriff Tim Kuzanek said. “We know that just about everyone has been touched by cancer so tournament organizers from Sheriff’s Office and Fire Department chose to support the Children’s Cancer Foundation to show our great appreciation for the invaluable service they provide to children with cancer and their families.”

The competition was extremely close, with this year’s tournament trophy going to the Sheriff’s Office. However, the real winners are the children who receive support from the Northern Nevada Children’s Cancer Foundation. Thanks to the members of the Hidden Valley Country Club’s complete sponsorship of the tournament, 100 percent of the player’s entry fees of $75 went directly to the Foundation. Local businesses and organizations donated additional sponsorships and raffle prizes to increase fundraising efforts. 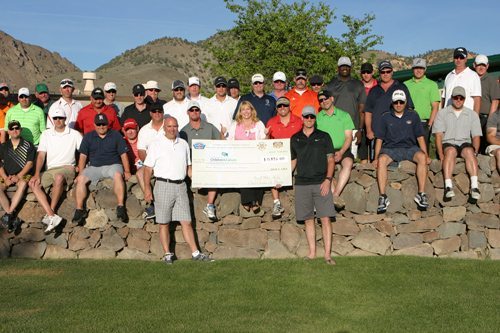 The Northern Nevada Children’s Cancer Foundation’s vision is to reach every family affected by childhood cancer in the Northern Nevada and Eastern Sierra regions. Their mission is to enhance the quality of life for children with cancer and their families by providing financial assistance and compassionate support programs while advocating for increased research funds and raising public awareness. For more information, visit www.nvchildrenscancer.org.