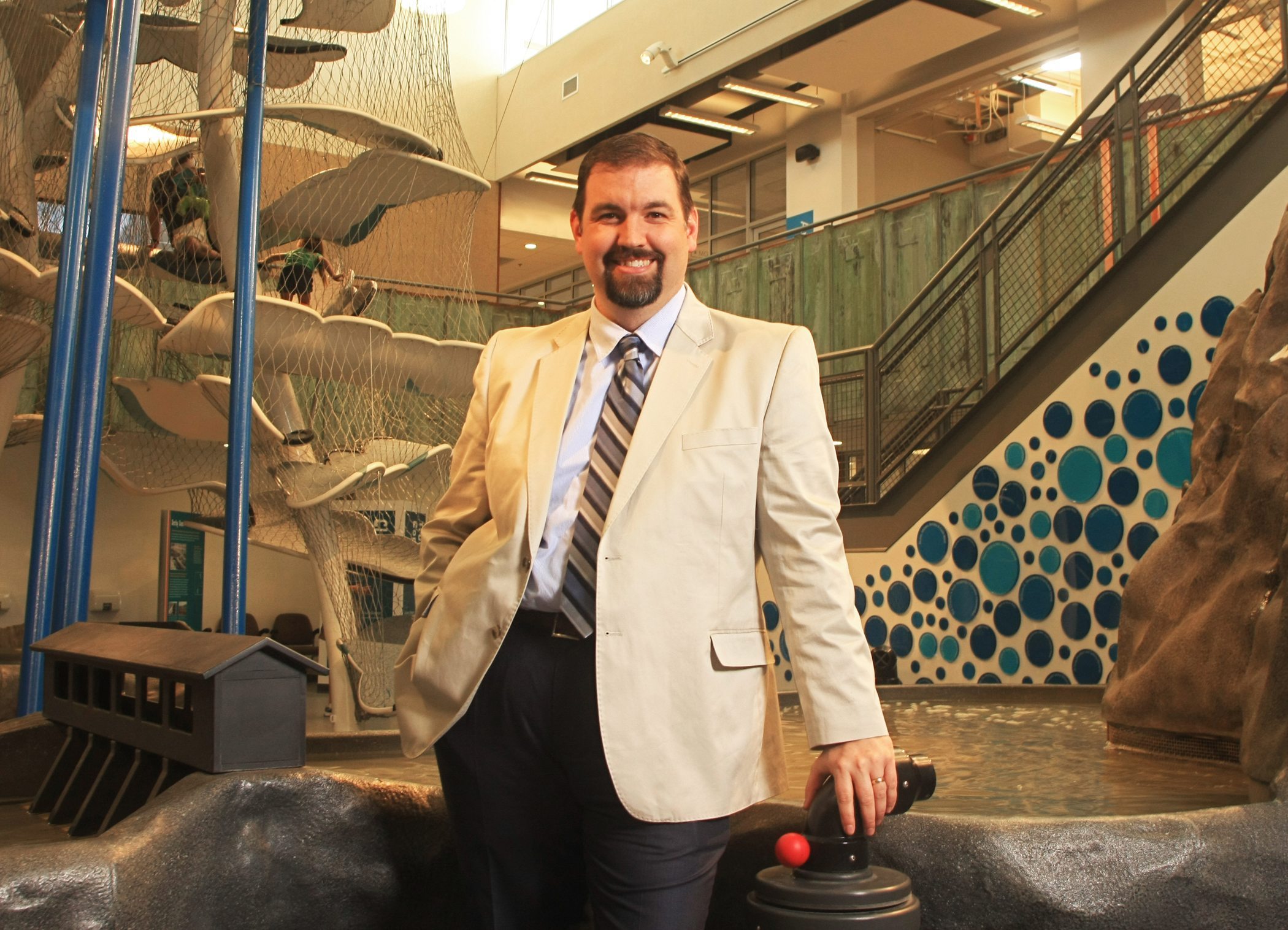 The Terry Lee Wells Nevada Discovery Museum (The Discovery) welcomes executive director Mat Sinclair to its staff. With more than 20 years of experience as an educator and museum professional, Sinclair will manage The Discovery’s operations and drive the museum toward its vision to be the community’s center for curiosity, creativity and the joy of lifelong learning.

“I am thrilled to join the hardworking team at The Discovery and, moreover, the remarkable northern Nevada community,” said Sinclair. “This museum is a new, vital and growing part of our region and I look forward to combining my experience with the expertise of the staff here to help The Discovery remain an integral part of its educational and cultural offerings.”

Sinclair began his career as an elementary school teacher, but quickly found himself teaching at the Oregon Museum of Science and Industry (OMSI) in Portland, Oregon. During his early years at OMSI he became enthusiastic about hands-on, experiential learning and enjoyed aligning his work to the mission of the museum. Over the course of 15 years at OMSI, he was promoted to the position of Vice President of Education, overseeing a staff of 120 and managing a budget of $22 million. He created and drove a large, comprehensive education program at the museum that overlapped with exhibits—both traveling and stationary. For his last six years at OMSI, he served as Chief Operations Officer.

From OMSI, Sinclair’s desire to find an executive level position led him to take the role of Executive Director at Hoyt Arboretum, a 200-acre public garden/arboretum in Portland. The nonprofit arboretum was in crisis, as donor relations were in a sharp decline. One of his first accomplishments was the expansion of the sponsorship program that recruited certified arborists to maintain Hoyt’s collections in exchange for professional credits required for certification and continuing education. Sinclair also made substantial improvements to Hoyt’s website and visitor center to create awareness and attract visitors. He partnered with small businesses around the area to sell Hoyt memberships which provided critical revenue for the organization.

Hoyt Arboretum is a part of Portland’s Parks and Recreation Department, and Sinclair’s work was drawing the attention of city leaders. In April 2010, the City of Portland recruited him to a much larger position where he was the liaison between the city and more than 120 nonprofit partners like Hoyt Arboretum. In this position, he informed public policy, headed up fundraising, and managed the relationships with all the nonprofit and business partners who provided services to the city’s award winning parks and recreation department.

Throughout his career, Sinclair has built his reputation as a fundraiser. His development experience ranges from significant sponsorships, to large multi-year commitments from foundations and private donors, to federal grants. Highlights of his development activities include a $2.3 million National Science Foundation (NSF) grant for exhibits and a $1 million commitment from a private donor for capital investment at the Hoyt Arboretum.

“The Discovery has made a big impact in our community since opening in September 2011,” said Alana Holland, board chair. “Mat’s extensive museum experience will help solidify The Discovery as a true community informal learning resource for years to come.”

Sinclair has a Master’s Degree in public administration and a Bachelor’s Degree in sociology from Portland State University. He also holds a certificate in nonprofit management from the Mark Hatfield School of Government. His educational background and professional experience, combined with his passion for education make him a great fit for The Discovery.

For information about the The Discovery’s mission and vision, or to find out how you can support the museum, visit www.nvdm.org.