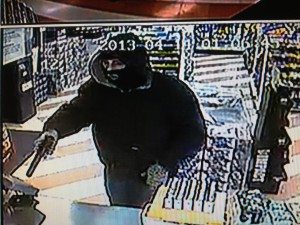 RENO POLICE DEPARTMENT NEWS RELEASE – On March 5, 2013, an unknown masked male entered a convenience store on South Virginia Street, and displayed a handgun while demanding money.  The same masked male committed similar armed robberies on March 6, March 18, April 14, and April 17, 2013.  The male was identified, as well as a get away driver, for the April 17, 2013 robbery, and a warrant was obtained to search their residence.  Both subjects were arrested and charged with armed robbery.  It is believed that the male suspect will be charged with a similar robbery committed in Sparks on April 18, 2013. Arrested and charged with armed robbery are Hunter Redman and Amber Flood.