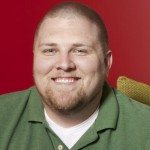 KPS3 MARKETING NEWS RELEASE — KPS3 Marketing, a full-service marketing and digital communications firm, has hired Kevin Jones as art director.  Jones previously worked at KPS3 as a designer from 2009 until 2012 before he joined Cloudsnap, a startup working with API’s (application program interface) to extend, manage, and create custom integrations. Jones also helped create the web application Colorstache, a finalist in the Evernote Developer Competition, and FreeThePhotos, a project that received over eight million API requests in two weeks.

In 2012, he cofounded the event Reno Wired, which aims to rebrand a local nonprofit in 24 hours. He has produced award-winning work for Desert Research Institute, City of Sparks and Reno-Tahoe International Airport to name a few. Jones also has worked as a lead designer for the University of Nevada, Reno, focusing on their digital initiatives and many of their creative marketing pieces, including the University’s website and sites of numerous colleges and departments.
Jones was a member of Ad2Reno, a young professional’s organization within the communications industry in northern Nevada, for more than four years. He played a large role in the nonprofit organization winning first place at the National AAF (American Advertising Federation) Conference in 2008 for work done for the Reno-Sparks Gospel Mission. He was instrumental in the receipt of Ad2Reno’s first place award this year for a public service campaign book developed for Northern Nevada Hopes. Jones has also spoken at Wordcamp on subjects relating to Wordpress, Drupal and designing for the web and content management systems.
Full-tilt marketing, wicked smart digital execution, energetic communication. Strategy spills out of our pores. We think first. We do second. We believe in the power of marketing and the oddities of life. We move people to action. It is our mission. It is what we do. To keep up on all things KPS3, visit, KPS3.com, follow us on Twitter or like us on Facebook.