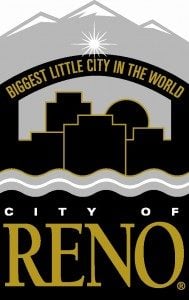 Additional budget workshops will be held on May 6 and May 13, if necessary, and the budget adoption hearing on the third Tuesday of May (21st) per Nevada State Law.

At the workshops, the City Council will be presented a proposed balanced budget and what measures were taken to achieve the balance. The measures include better aligning reserves in the health and risk funds, a hiring freeze, further reductions in services/supplies, and no new General Fund fleet purchases for one year. These options hold the line with expenditures and are only one-time measures.

The budget that will be presented assumes contract concessions that have been made with some of the bargaining units expiring and not be extended. If extensions on contract concessions are made, the City of Reno will be able to restore certain services/supplies, fleet purchases, and other necessary needs.

The challenges the City of Reno faces include replenishing reserves, a slow revenue recovery, increasing employee costs, aging infrastructure along with deferred maintenance, and unfunded liabilities.

The City of Reno is projecting modest revenue gains for FY 2013-2014. Revenues are recovering slowly.

• Franchise fees and business licenses are up slightly. FY 2013-2014 is the last year of automatic franchise fee increases.

• Consolidated Sales Tax (CTAX) is up (projecting 2.5%) over the current fiscal year.

• Loss of $1 million due to one of the two SAFER grants expiring. Approximately $800,000 of that loss will be absorbed by the general fund.

• Approximately 85% of the City’s expenditures are related to workforce.