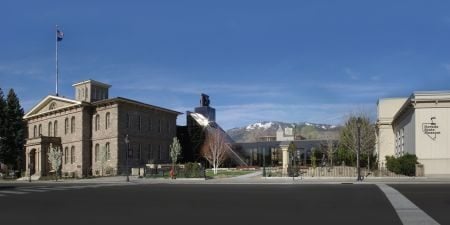 CARSON CITY — The Reno Coin Club and the Nevada State Museum, Carson City celebrate National Coin Week with an event from 10 a.m. to 3 p.m. today and Saturday (April 26 and 27) at the museum, 600 N. Carson St.

In honor of the 100th anniversary of the buffalo nickel, the theme for this year’s event is Buffalo Nickel Centennial: Black Diamond Shines Again. Black Diamond was the name of the bison depicted on the famous coin, produced until 1938, according to Robert Nylen, the museum’s curator of history.

Also at the event, new U.S. coins will be available at face value or cost.

“They’ll have McKinley and Teddy Roosevelt dollars here and other presidential dollars, national park quarters and the first two park quarters of 2013,” Nylen said in a press release.

There will be an exhibit of medallions minted for Nevada’s 100th anniversary in 1964, and a set of Nevada bicentennial medallions.

The museum’s historic Coin Press No. 1 from the United States Mint in Carson City still operates for special occasions, and will be minting medallions from 10 a.m. to noon and from 1 to 3 p.m. both days.

National Coin Week is sponsored by the American Numismatic Association. The museum will offer free foreign coins to children who attend the educational show. Museum admission is $8, free for members and children age 17 and younger. Details: 775-687-4810, ext. 239; [email protected]; or nevadaculture.org.

Nevada State Museum at the Springs Preserve prepares for a...