Why Taiwan Matters, an exhibition set to open on March 4 at the Metro Gallery 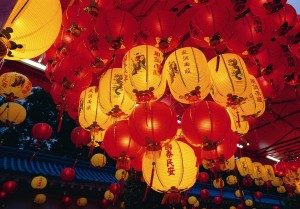 Come explore Taiwan’s way of life and the country’s unique influences around the world through a series of photo-essays entitled, Why Taiwan Matters. On display at the Metro Gallery (Lobby of City Hall, 1 East First Street, Reno), the 34-photo exhibition introduces Taiwan’s vitality and creativity with snapshots of life on the island.

What Taiwan lacks in natural resources, it make up in other ways. Based on various quality-of-life indices, Taiwan is ranked 14 among 80 countries as one of the best places to be born, according to The Economist. Despite its petite size, it is considered a trendsetter, serving as the epicenter for Chinese music, cinema, hi-tech and food culture. In fact, at the year’s Academy Awards, Taiwan-born Ang Lee won his second Best Director Oscar for Life of Pi. Much of the movie was filmed at the Taipei Zoo, in the world-largest self-generating wave tank built in Taichung (central Taiwan) and at Kenting National Park at the tip of southern Taiwan.

Among Taiwan’s admirers is New York Times columnist Thomas Friedman, who calls Taiwan his favorite country, outside of the US. Taiwan’s talent relies in “honing the people’s skill which turns out to be the most valuable …resources in the world today,” say Friedman.

Opened to the public from March 4 to March 29, Why Taiwan Matters is sponsored by the Arts Council, National Endowment for the Arts and the Taipei Economic and Cultural Office in San Francisco.