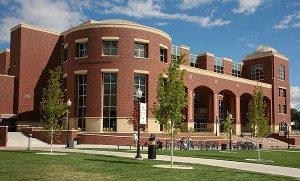 Due to both enrollment growth and higher tuition rates, net institutional revenue from tuition and fees grew from $41 billion in 2008 to $59.9 billion in 2012. The enrollment growth reflects continuing student demand and real progress toward the goal of restoring U.S. postsecondary attainment to a position of world leadership. But growing student tuition and fees as well as shrinking per student resources, especially where enrollments are expanding most rapidly, are cause for concern.

Data collected through the Grapevine survey (online at www.grapevine.ilstu.edu and in Grapevine Tables 1 and 2 in Appendix A of this report) show Fiscal Year 2013 state tax support grew in 3 out of 5 states, early signs of recovering state revenues. Substantial decreases in several large states, however, offset these gains in the national total.

Paul Lingenfelter, president of SHEEO, commented, “The depth of the 2008 recession and the economy’s slow recovery are reflected in the funding, enrollment, and net tuition numbers for 2012. Tuition revenues are up substantially due to higher prices and more enrollments, but not enough to offset losses of public funding. Students are paying more, while public institutions are receiving substantially less money to educate them. These one-year decreases in funding and increases in student costs are unprecedented over my forty-year career in higher education. Moreover, the tapering off of enrollment growth in 2012 seems to be more related to enrollment caps and cost increases than to decreases in student demand for higher education. ”

“One year does not make a trend, but SHEEO’s annual studies document a long-term trend toward shifting more of the burden of financing higher education onto tuition and fees. In light of these trends, policymakers should give more attention to the size and effectiveness of state and institutional student assistance programs in providing access and adequate support for full-time enrollment in postsecondary education. The evidence overwhelmingly indicates that students who cannot afford to attend full-time or nearly full-time have unacceptable rates of degree completion.”

“Public higher education in the United States enrolls more than 70% of all postsecondary students. The accessibility and quality of public higher education will largely determine the competitiveness of the U.S. workforce for the next half century and the ability of our people to meet the challenges of citizenship in an increasingly complex world,” observed Marshall Hill, chair of SHEEO’s Executive Committee and Executive Director of the Nebraska Coordinating Commission. “Other countries are rapidly improving the postsecondary education of their citizens; if the United States falls further behind in either quality or the number of students who enroll and graduate it will not be easy to catch up.”

As suggested in the conclusion of the FY 2012 State Higher Education Finance study, the financial realities outlined in this report and the larger economic challenges facing the American people cannot be responsibly ignored. Somehow the nation and its educators must come to grips with these realities and create effective responses to them. Colleges and universities must find ways to reduce student attrition, the cost of instruction, and time to a degree, while improving instruction and increasing the number of students who graduate ready to be productive citizens. Parents, students, institutions, and states must make tough decisions about priorities—what investments are essential for a better future and where can we and should we reduce spending on non-essentials in order to secure what is essential?

But avoiding bad judgments can be difficult when facing tough choices. Institutions may cut too many quality corners or compete with each other to raise revenues from “new” sources (such as out-of-state or international students) rather than make difficult decisions about priorities or the extra effort to create and effectively implement innovative practices. Policymakers may overestimate how many students can be well-educated with existing resources or make unrealistic assumptions about the potential for technology and new delivery methods to rapidly become a panacea offsetting the long-term negative effects of budget cuts or tuition increases on access to higher education and the quality of our workforce. Or the better-off public may be lulled into thinking that the American economy can get by with limited opportunity and 20th century standards for educational attainment, so long as their own families are well-educated.