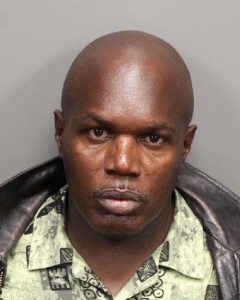 Today Walter Swisher, 51, a target of the Northern Nevada Repeat Offender Program, was sentenced to 7-17 1/2 years in the Nevada State Prison by the Honorable Judge Scott Freeman. The state was represented by Deputy District Attorney Christian Wilson.

On July 6, Swisher cashed a fictitious FedEx check at the Silver Legacy Hotel/Casino for the amount of $931.92. The fraud was not immediately recognized, and he was able to get away with the money before it was discovered.

On Sept. 9, he approached plain clothes officers in the area of Fourth Street and Evans Avenue offering to sell them narcotics. A deal was arranged, and when Swisher presented the controlled substance to the officers he was arrested.

Swisher has a criminal history spanning 31 years with 10 felony convictions.

The Northern Nevada Repeat Offender Program is a regional unit comprising detectives from the Reno and Sparks police departments.