Detectives arrest man for lewdness with a child under 14 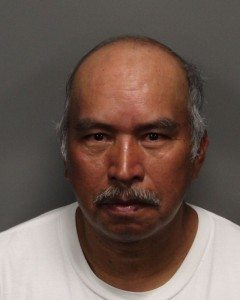 The Washoe County Sheriff’s Office Special Operations and Criminal Investigations Unit Detectives has completed an investigation of a possible lewdness with a child under the age of 14.

The victim reported that the lewd acts occurred approximately three years ago.  The investigation led to the possible suspect, Armando Calzada, 60, a Sacramento resident.  Calzada was subsequently identified, located and interviewed by detectives in the Crimes against Children Unit.

The detectives concluded the investigation and placed Calzada under arrest for three counts of Lewdness with a Child under 14.  Calzada was booked into the Washoe County Sheriff’s Office Detention Facility, where he is being held without bail.