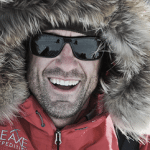 Stand in Your Truth is the first installation of This Is Reno’s showcase of a valuable resource, TedX, description provided by Kendra Fleming. Stand in Your Truth features the inspirational story of Grant Korgan, a man who knows how to shine his light on others.

“Every single one of us has the power to come to the awareness that you can achieve everything you desire in this life,” said Grant Korgan in the latest TedX University of Nevada, Reno series of videos. Looking at all of the people in this life who have reached their goals it’s not hard to take up this piece of advice, but to apply it to one’s own life is something much more. It can be done. Take Korgan, for example.

After a snowboarding accident in 2012, Korgan sustained a spinal cord injury, immediately being put into the world of “spinal cord injury recovery” after being stuck to a hospital bed. Throughout the video, Korgan tells the audience how he has always wanted to shine his light on other people. That was his desire in life before the accident and surely it still was after.  Not letting his spinal cord injury keep him down, he began his spinal cord injury therapy, eventually gaining the movement back in his legs. He was defining his freedom, and with his freedom he reached the South Pole in -50 degree weather with his wife waiting at the pole for him.

In this life, we choose what we accomplish and where we end up. In Korgan’s case, everything he did was a choice. He made it to the South Pole in glacial weather, gained movement back in his legs, and still sought out to make other people around him happy. His goals didn’t change, and with his motivational talk at the University of Nevada, Reno, he achieved shedding light on other people, whether he does it for people who were in the auditorium during his speech or an audience who watched the speech online.

“It’s not about what I’ve done. It’s about what I’m going to do.” Goals are put in our minds so we can meet them, not just envision them. Nothing can halt someone from achieving what they desire in their life. If it’s wanted badly enough, it will be attained. What we accomplish in life is a choice, and to not achieve it is a choice as well. Decisions, decisions.

TEDx was created in the spirit of TED’s mission, “ideas worth spreading.” The program is designed to give communities, organizations and individuals the opportunity to stimulate dialogue through TED-like experiences at the local level. At TEDx events, a screening of TEDTalks videos — or a combination of live presenters and TEDTalks videos — sparks deep conversation and connections. TEDx events are fully planned and coordinated independently, on a community-by-community basis.