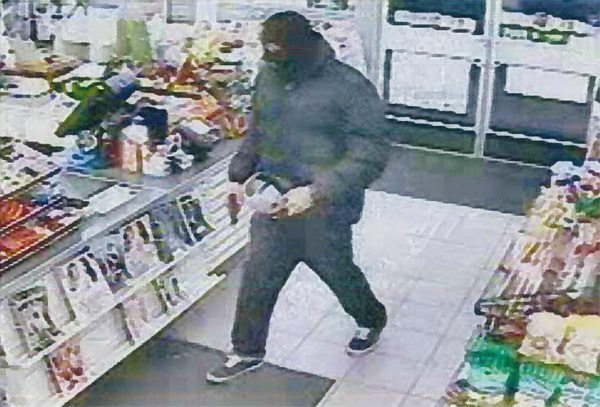 The Washoe County Sheriff’s Office Special Operations and Investigations Division is investigating an armed robbery that occurred at approximately 3:24 a.m. on Thursday, Feb. 14, at the 7-Eleven at 1445 Geiger Grade Road in the Virginia Foothills area.

The suspect is a white male adult between the ages of 20-25, approximately 6 feet tall with an average build, sandy blonde or brown moustache and possibly a goatee. The male was last seen wearing black or dark blue jeans, a black down parka jacket, black ski mask and black shoes with white laces.  The suspect fled with an undisclosed amount of money.