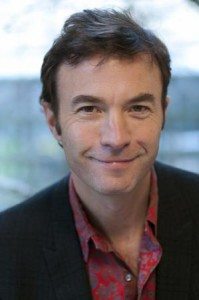 The Reynolds School of Journalism at the University of Nevada, Reno will welcome New York Times bestselling author Peter Ames Carlin to the Joe Crowley Student Union Thursday, March 7, at 3 p.m. Carlin, an acclaimed music writer, will present a free lecture titled, “Writing about Music and Musicians.” He will also discuss his latest book, BRUCE, as a part of his lecture. The event is open to media, the public, University students, faculty and staff.

“The Reynolds School is committed to bringing top-notch speakers to campus,” said School of Journalism Dean Al Stavitsky. “Peter Carlin is the latest in a line of great journalists and scholars who have visited the University this year to engage with our students.”

Carlin’s latest book, BRUCE, is the first biography in 25 years to be written with the full cooperation of Springsteen himself. Built from years of meticulous research and countless hours of interviews with Springsteen, his inner circle, and a lifetime’s worth of friends, fellow musicians, and ex-girlfriends, BRUCE presents the most revealing account yet of an American music icon as he continually redefined his style and sound – while also battling the many demons that hovered over his childhood.

“For all those of us who grew up on the Jersey Shore, chasing Bruce and the band every weekend: the chase is over,” said Brian Williams, anchor and managing editor of NBC Nightly News. “It’s all here. Everything we didn’t know then – we’re surprised to learn now. It’s close, it’s intimate – the master of introspection allows some full-on inspection of his life.”

For more than four decades, Bruce Springsteen has voiced the hopes, triumphs and heartaches of working class America through a remarkable career that has yielded 20 Grammy Awards, more than 120 million albums sold, two Golden Globes and an Academy Award. Carlin’s biography encompasses the breadth of Springsteen’s life and music, following the Elvis-loving grade-schooler with a rented guitar as he grows into a scruffy young bandleader, then rockets into orbit with the critical and commercial hit Born to Run, the keystone of a musical legacy that would reflect and shape the culture – right up to Springsteen’s current sold-out tour and No. 1 album, Wrecking Ball.

In addition to his appearance on campus, Carlin will do a reading from BRUCE at Sundance Books located at 121 California Ave., Reno, at 6:30 p.m. on Tuesday, March 7.


Peter Ames Carlin is the New York Times bestselling author of Catch a Wave: The Rise, Fall & Redemption of the Beach Boys’ Brian Wilson and Paul McCartney: A Life. He has been a senior writer for People and a television critic for The Oregonian newspaper. Carlin lives with his family in Portland, Ore.

Reporters, editors to gather for ‘Local News Matters’ discussion on...