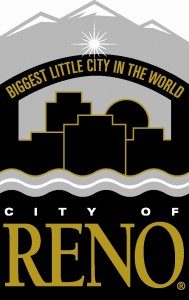 Please join the city of Reno in celebrating the adoption of the Wells Avenue Neighborhood Conservation District. The celebration is on Friday, March 1, at 12 p.m. on the corner of Holcomb Avenue and Roberts Street.

During the celebration, staff from the city of Reno Public Works Department will install the first of numerous signs going up to designate the district. The signs were made possible by donations from the Historic Reno Preservation Society and the Ward 3 Neighborhood Advisory Board. The design for the signs was donated by Sadie Bonnette of Sasquaack Design.

The Wells Avenue neighborhood contains some of the oldest homes in the city of Reno south of the Truckee River. By establishing the neighborhood as a conservation district, the city recognizes the historical significance without the regulations of a historic district. The boundaries of the district are Holcomb Avenue to the west, Locust Street to the east, Ryland Avenue to the north and Vassar Street to the south.

This is the second designated conservation district in the city of Reno.