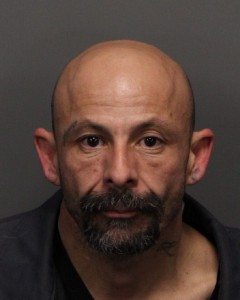 At approximately 12:20 AM on February 13, 2013 Officers responded to a report of a subject who attempted to start a fire inside of an occupied business. Upon arrival Officers learned that the suspect had been loitering inside of the store, and was asked to leave due to his bizarre behavior. The suspect took a bottle of lighter fluid off of the store shelf and doused the area behind the cashier’s counter with lighter fluid. He then attempted to ignite the lighter fluid by lighting several napkins on fire. The suspect was arrested by arriving Officers without incident, and is currently in custody at the Washoe County Detention Facility and is being held on a $20,000.00 Bail.