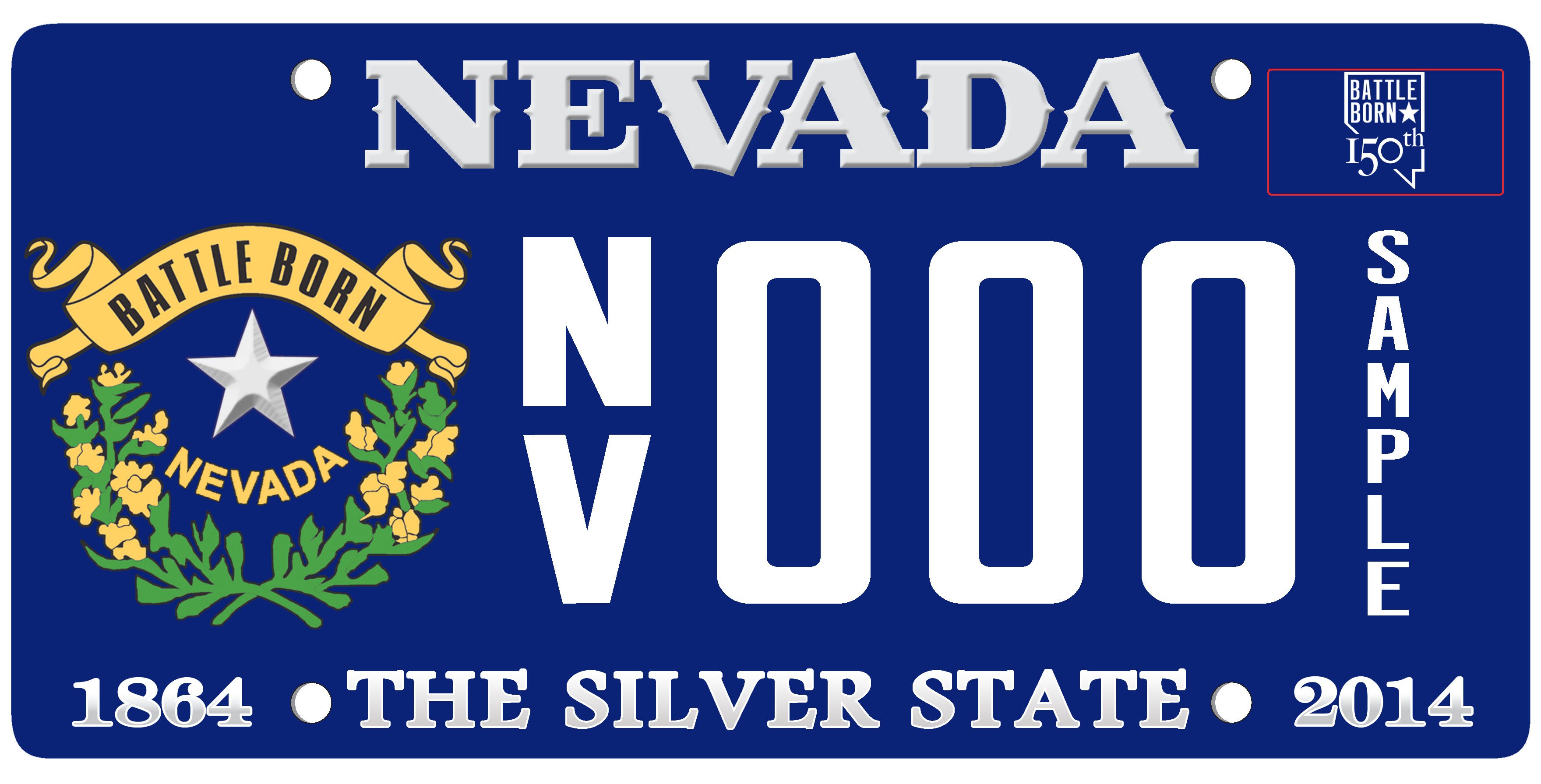 CARSON CITY — Governor Brian Sandoval today announced that the planning committee for Nevada’s 150th anniversary celebration has proposed the design for a celebratory license plate.  The design, supported by Assembly Bill 24, will be formally presented at an Assembly Transportation Committee hearing tomorrow afternoon.

“The design of this plate, which harkens back to original Nevada license plates, is a wonderful representation of the spirit of Nevada,” Governor Brian Sandoval said.  “I commend the planning committee, the Department of Motor Vehicles and the individuals who worked diligently to produce this design and I look forward to seeing these plates on cars across our great state.”

The design, which features the 150th anniversary logo as well as Nevada’s Battle Born seal, includes “The Silver State” wording on a Nevada blue background. Funds from the plates, which will be available for purchase through the DMV upon finalization, will support the work of the Nevada 150th Commission.

“The committee is very excited about the new Battle Born commemorative plate,” Committee Co-Chair Bob Brown said.  “We feel it visually reflects the spirit of our wonderful State of Nevada.”

“We’ve worked diligently with the Department of Motor Vehicles, the Governor’s Office and some very talented artists to come forward with a plate that represents our entire state and one that will inspire Nevadans to purchase and display on their vehicles with Nevada Pride,” Committee Co-Chair Neena Laxalt said.