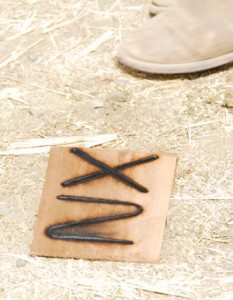 The brand of the University of Nevada’s Agricultural Experiment Station

UNR has submitted a proposal to the Reno City Council to zone 104 acres of the Main Station Field Laboratory light industrial, in preparation for commercial use. Despite the ongoing concerns of homeowners’, businesses’, farmers’, ranchers’ and many others, UNR and the Board of Regents are moving forward with this proposal. People are concerned about food security, due diligence and the safety and cost issues associated with flood water storage capacity. These concerns remain unanswered. http://thisisreno.com/2013/02/coalition-issues-statement-on-unr-farmland-development-proposal/

The Center for Student Cultural Diversity at UNR is celebrating Black History month with event ranging from poetry night to discussions panels on current issues. These events have been going on for the whole month of February. The events are free and open to the public. http://thisisreno.com/2013/02/center-for-student-cultural-diversity-celebrates-black-history-month/

Governor Brian Sandoval announced that the planning committee for Nevada’s 150th anniversary celebration has come to a decision on the design of the celebratory license plate. The plate featues the 150th anniversary logo and the Nevada born seal. The plate is seen as one that displays Nevada pride and what the state is about as a whole. http://thisisreno.com/2013/02/planning-committee-proposes-150th-anniversary-license-plate-design/

On February 19, 2013, Reno Police came across a strong odor of marijuana coming from an outbuilding to the rear of 3655 Everett St. After obtaining a search warrant, officers found 2.7 pounds of marijuana, 11.5 ggw of psilocybin mushrooms, three firearms and an active marijuana grow. Thomas Maher, 20, was arrested for drug possessions and possession of drugs with the intent to sell. http://thisisreno.com/2013/02/odor-leads-to-indoor-marijuana-grow-operation/

Experts using both scientific and artistic research set out to find out what George Washington actually looked like. Scientists and sculptors created life casts that depict George Washington age 19, 42 and 57. These casts are set to appear from March 1 until April 13 at the NV Historical Society. http://thisisreno.com/2013/02/science-meets-art-in-a-novel-george-washington-exhibit-opening-march-1-in-reno/

The Washoe County Library and the El Cortez Hotel and casino were listed in the National Register of Historical Places. The National Register is the nation’s official list of cultural resources worthy of preservation. http://thisisreno.com/2013/02/two-nevada-buildings-listed-in-national-register-of-historic-places/

David Bobzien (D-Reno) has responded to the litigation filed regarding the Tahoe Regional Plan. Stating his disappointment with the litigation that was filed, he says that the plan “represents a balanced approach to seeing real environmental gain in the environment.” The plan ensures that the regional environment will continue to be protected. He hopes to move forward with the plan soon. http://thisisreno.com/2013/02/bobzien-responds-to-tahoe-plan-lawsuit/

Joseph R. Decker was named deputy commissioner of insurance at the Nevada Division of Insurance. Decker was placed in the Las Vegas office and started on February 18, 2013.  He manages the Consumer Services Section. http://thisisreno.com/2013/02/decker-appointed-deputy-commissioner-of-consumer-services-at-nevada-division-of-insurance/

The City of Reno’s Energy Efficiency and Renewable Energy Initiative is not only a tremendous success, but it has proved itself to be successful as well. Creating energy and financial savings along with creating and retaining jobs for Nevadans, the City is helping many people. The City has generated energy from solar and wind systems. Without affecting the general fund, the Initiative allowed the City to invest more than $19 million in energy projects. The City of Reno is keeping it green, helping the environment and its citizens. http://thisisreno.com/2013/02/citys-energy-efficiency-and-renewable-energy-initiative-proves-successful/

During the week of February 11, 2013, customers of AT&T using a landline to call 911 were not able to due to what was most like an equipment error on AT&T’s part.  Customers in Reno, Sparks, Washoe County and Carson City were experiencing the same mishap. Customers of AT&T were advised to use a cell phone or a landline that wasn’t service by AT&T to make important calls such as these. http://thisisreno.com/2013/02/att-customers-attempting-to-call-9-1-1-from-a-landline-are-receiving-a-busy-signal-due-to-an-equipment-failure/

George Tsukamoto has been appointed Interim Wildlife Department Director by Governor Brian Sandoval until they find a permanent person to take the position. Tsukamoto has 43 years of professional experience as a wildlife biologist and has been an administrator in Nevada. Sandoval is grateful that Tsukamoto has agreed to “help lead the department” while they search for a permanent director. http://thisisreno.com/2013/02/governor-appoints-interim-wildlife-dept-director/

In the sixteenth video of the TedX Nevada video series, Grant Korgan talks about standing in one’s truth. To stand in one’s own truth means that they meet the goals that they’ve set for themselves. In this motivational video, Korgan talks about his goal of bringing light to others in his life as a goal of his and he has remained standing in his truth before and after his snowboarding accident. http://thisisreno.com/2013/02/tedx-stand-in-your-truth/

Xplorit will soon relocate its Truckee, California headquarters to Incline, Nevada. Creating twenty new jobs in the greater Reno-Sparks-Tahoe area over the next five years, they are also bringing their leading technology and entrepreneurial energy to Nevada. http://thisisreno.com/2013/02/web-mobile-tech-leader-relocates-from-california-to-nevada/