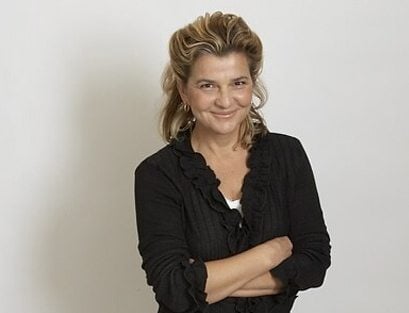 Vanity Fair Contributing Editor Suzanna Andrews will discuss her work with students and the public at the University of Nevada, Reno Donald W. Reynolds School of Journalism at 4 p.m., Feb. 6.

At 4 p.m., Feb. 6, the conversation will be with Vanity Fair Contributing Editor Suzanna Andrews, who writes features and investigative articles on business, politics, culture and crime, and has investigated the behind-the-scenes dealings of many of Wall Street’s most powerful figures. She has also written articles for several other notable publications, including New York Magazine, Bloomberg Businessweek, Reader’s Digest, The New York Times, More, GQ and Rolling Stone.

Andrews has profiled many well-known figures, including director Steven Spielberg. Her 2007 story about Arthur Miller’s son with Down syndrome, whose existence Miller had concealed for nearly 40 years, spurred a re-examination of the late playwright’s work and legacy. Her story, “Shattered Dynasty,” about the family feud that destroyed the business empire of Pritzker, one of the country’s wealthiest families, won the 2003 Front Page Award from the Newswomen’s Club of New York.

At 4 p.m., Feb. 13, the conversation will be with international reporter Ilan Greenberg, who has reported out of Central Asia and the south Caucasus since 2002, mostly based in Kazakhstan. He has written for The New York Times Magazine, The New York Times, Vanity Fair, Slate, US News & World Report, The Wall Street Journal, Harper’s Magazine, and Travel & Leisure, among other publications. Prior to covering Central Asia, Greenberg worked for The Asian Wall Street Journal, and in the 1990s, he worked out of San Francisco, reporting on the Silicon Valley’s high-tech boom.

Greenberg’s reporting with photographer Carolyn Drake on China’s repression of the Uighurs, a Muslim minority, received the Dorothea Lang-Paul Taylor Prize from Duke University’s Center for Documentary Studies, an award that honors collaborations between writers and photojournalists. Greenberg is currently an adjunct professor of writing and foreign affairs at Bard College in New York.

Both conversations are part of the Reynolds Distinguished Visiting Business Journalists Program, which brings nationally prominent media professionals to campus and the northern Nevada community.

“I expect these conversations to be lively, revealing and inspirational,” Deutschman said. “Both have written brilliantly about varied and fascinating subjects. Our students will enjoy and learn from their comments, and we invite interested members of the community to join us as well.”

After each conversation, there will be time for a questions-and-answers session, followed by a reception in the School’s Linn Reading Room.