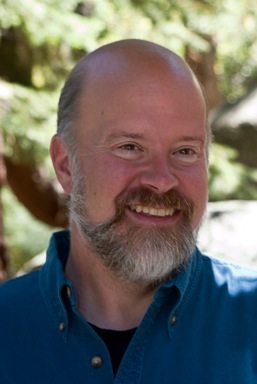 There’s never a bad time to read a good book about how to build your business. And if the good book happens to land in your lap at a great time, that’s a bonus. Welcome windfall. If you’re looking for inspiration to kick-start your business for 2013 and beyond, get your hands on a copy of ON INNOVATION, by Terry Jones. It’s a quick read filled with deep insight and rapid-fire advice on how to turn on innovation in your culture, teams and organization.

Inspired from his own experiences as the founder of Travelocity and Chairman of Kayak.com, the author and Incline Village resident presents chapter by chapter motivation for businesses of any shape and size. Through his work with dozens of start-ups and positions on the Boards of some of America’s most respected non-profit organizations, Jones pens his real world experiences into 72 “Ideas” in an easy to read and relate to format. Each ‘Idea’ is simply expressed within each three page Chapter, yes, three page Chapter; and each Chapter ends with a few ‘Questions to Kick-start Innovation’ to inspire the reader to work through the concept and apply it to their own organization.

I’ve read this book front to back and back to front and it has pushed my “on” button. About that “back to front” notation: you can actually read this book in any direction. Every chapter is fueled with its own intelligence on how to fuse innovation into the workplace or your personal mindset.

It was a little challenging to nail down some of my favorite light bulb moments as every Idea seemed to hit home; yet here’s a few that turned on my think-tank. Idea 17 reminded me that there can be a richer culture within any team that welcomes new ideas from the top down and bottom, up. Idea 40 inspired me to encourage my peers to seek an MBWA leadership mantra. In this chapter, Jones champions ‘Management by Walking Around’ and shares his belief that the brain trust of every business is often found within some of the quietest – and perhaps most unexpected – cubicles of the company. Another break-through appeared in Idea 41 where Jones acquainted me with the “Bonzone” layer which often stops good ideas from being great.

Although many of the Ideas were filled with hard core examples, many unraveled in humorous tones that those who know Jones would expect. Seek out Idea 14, “Keep Teams Small” about why meetings should only involve enough people to eat two pizzas; Idea 48, “Walk in Their Shoes”, which told the tale of how a soap wrapper can train-wreak a good shower and a business brand; or the Idea that tied a stripper to a software guru. That Idea is worth finding on your own within this short yet substantial book.

As a former senior executive at American Airlines for 20 years, Jones also includes a section on “Innovation in the Large Corporation”. He submits that innovation in big companies is quite different than in the startup and gives prescriptions on organizational structure, team location, funding and who to put on the team. The thoughts ring true as even big companies have trouble turning creative ideas into prosperous innovations.

Throughout the book, you will walk in Terry Jones’ shoes and come away with idea after idea on how to turn on innovation in your life. He has made ON INNOVATION a swift and masterful guide that is jam-packed with real-life examples backed with philosophical and thought-provoking substance that is ripe for picking for those who seek a bountiful 2013 and beyond.

ON INNOVATION has garnered endorsements from the President of Nationwide Insurance and the former CEO of American Airlines and can be purchased on Amazon.com in paperback for $15.00. On this site you can also read all eight “5-star” reviews to date. It is also available in Kindle, Nook, Ipad, and Sony ereader editions.