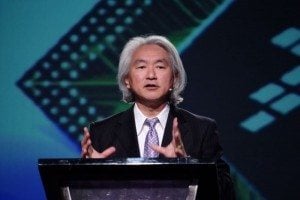 Michio Kaku is a co-creator of the string field theory. With his continuation to unite Einstein’s four fundamental forces of nature into one unified theory, a radio show that is aired in 140 cities and hosting national television shows while also being a professor at The City College Of New York, his schedule is a full one, but he still manages to bring science to the public. On February 7, 2013, Kaku will be giving a public lecture titled “The Next 20 Years: How Revolutionary Advances in Science Will Alter Human Destiny” at the University of Nevada, Reno, at 7:00 p.m. in the Redfield auditorium, Davidson Mathematics and Science Center. Admission is free, but seats are on a first come, first serve basis.  Jeff Thompson, physicist and dean of the College of Science said Kaku can “… communicate complex ideas in simple and entertaining ways.” For more information, call 775-784-4591 or visit the College of Science, at www.unr.edu/science. http://thisisreno.com/2013/01/michio-kaku-renowned-physicist-and-tv-science-show-host-comes-to-reno/

Three suspects of an armed robbery in Incline Village at the local Chevron on Wednesday, January 2, have been arrested.  Two of the suspects are 17 year old males who have been transported to the Jan Evans Juvenile Justice Center without incident. The third suspect is 18 year old Jorge Miranda-Rivas, who is being held in a detention center, has a bail set at $82,500.  A similar robbery at Kings Beach Liquor Store on December 9, 2012 is being investigated. Anyone with information regarding this ongoing investigation is encouraged to contact the Washoe County Sheriff’s Office, texting the tip to 847411 or go to www.secretwitness.com. http://thisisreno.com/2013/01/detectives-arrest-3-suspects-connected-to-armed-robbery-in-incline-village/ 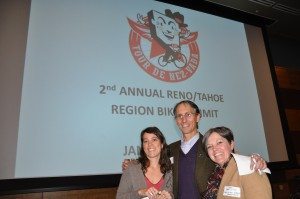 About 100 people from the Reno biking community gathered on January 17 to share information about bike programs in the community. Tour de Nez brought the groups together for discussion. Set for July 25-28, Tour de Nez is holding a race called Tour de Nez-Vada which will go through Reno, Carson City, Lake Tahoe and Virginia City. If interested in this event, go to www.tourdenez.com. http://thisisreno.com/2013/01/cycling-groups-discuss-plans-activities-at-renotahoe-bike-summit-jan-17/

Encouraging borrowers who lost their home(s) to foreclosure, Nevada Attorney General Catherine Cortez Masto reminded  qualified borrowers that the last day to file claims for a one-time payment under the $25 billion national mortgage foreclosure settlement would be on January 18.  By filing, qualified borrowers would be able to get help with housing options and would also pay the qualified buyers a minimum amount of $840 but will most likely be substantially higher. http://thisisreno.com/2013/01/video-attorney-general-reminds-eligible-borrowers-of-jan-18-deadline-for-foreclosure-claims/