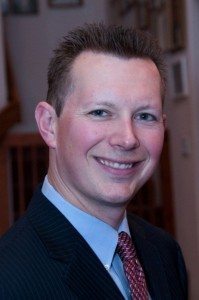 Sen. Ben Kieckhefer, R-Reno, today announced his intention to introduce legislation restructuring Nevada’s law to ensure individuals suffering from mental illness and who pose a threat to themselves or others are restricted from purchasing firearms.

Under existing Nevada law, individuals are listed in the National Instant Criminal Background Check System (NICS) for several reasons, including a court-ordered involuntary admission to a public or private mental health hospital (NRS 433A.310). Unfortunately, this is rarely happening.

“Individuals suffering from mental illness who pose a threat to themselves or others should be prohibited from purchasing a firearm,” Kieckhefer said. “Federal and state laws have been in effect for years to enforce this restriction. Unfortunately, here in Nevada, they are almost entirely unused.”

While comprehensive statewide data is not immediately available, the number of court-ordered involuntary admissions to the state’s two public psychiatric hospitals is shockingly low and reveals a total system failure in this critical area of public safety.

In Fiscal Year 2011, psychiatrists at Rawson-Neal Hospital in Las Vegas filed petitions with the court for the involuntary commitment of 1,619 individuals after diagnosing them with mental illness and finding them a danger to themselves or others. Despite those findings, just 178 of the petitions resulted in a court-ordered commitment, triggering a NICS listing to prevent them from purchasing a firearm. In Fiscal Year 2012 the numbers are just as stark, with psychiatrists petitioning the court for 1,953 commitments that resulted in just 237 involuntary admissions that triggered a NICS listing.

Despite the lack of court-ordered involuntary admissions, the majority of these individuals continue to be held at the hospital, often for weeks at a time, while receiving treatment for their mental illness. This ongoing treatment and hold is often achieved through a legal procedure whereby the court continues the planned legal proceeding to determine whether a commitment is warranted. Under this continuance, the individual remains held and treated. In other cases, individuals are held, treated and released before they ever get to a first scheduled court hearing.

“I believe the intent of the law is clear, and it’s that people suffering from mental illness who pose a danger to themselves or others should not be able to purchase a gun,” Kieckhefer said. “I also believe that our community expects that the intent of this law be enforced. The fact that not a single person from northern Nevada was put into NICS last year under this category is shocking and demonstrates all-too-clearly that the current system isn’t working.”

“The people of Nevada have an expectation that we are enforcing this law to ensure people suffering from mental illness and pose a threat to themselves or others are restricted from buying guns,” Kieckhefer said. “I will introduce legislation during the 2013 session to ensure that we begin enforcing the intent of this law. The majority of these individuals for whom a petition for commitment has been filed suffer from schizophrenia, bipolar disorder or depression, and many also suffer from drug and alcohol addiction. I believe that these individuals should not be able to buy guns in Nevada.”

Kieckhefer said he is still working with individuals from the courts, law enforcement, mental health professionals and other groups to create a law that will work for Nevada.

“A critical component of the law will continue to ensure there’s an avenue for individuals to have their Second Amendment rights restored when appropriate for that individual’s safety, as well as the safety of the general public,” Kieckhefer said.