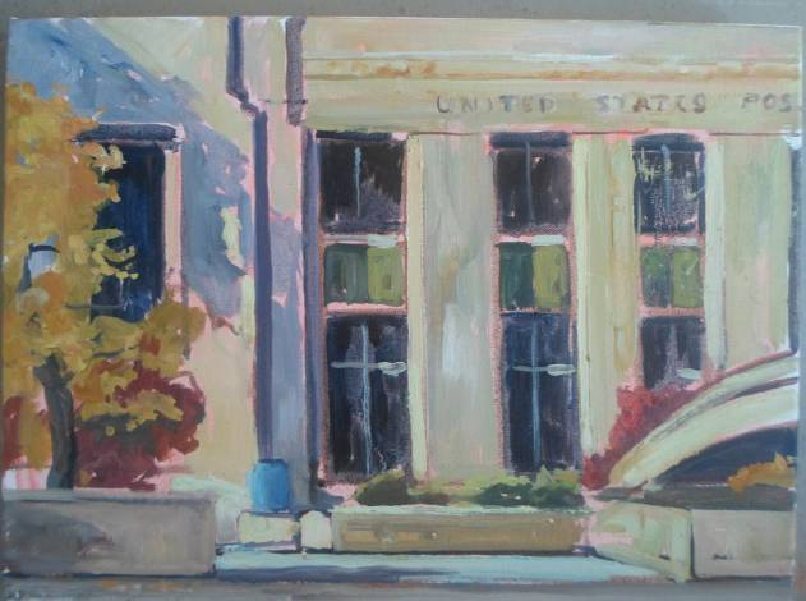 A watercolor painting of the Downtown Reno Post Office by Erik Holland is among the pieces of art on display at the Nevada Historical Society as part of “Art and Architecture.” Holland will appear at the society from 2 to 3 p.m. Feb. 2 for “Wine, Cheese and Conversation,” a discussion of the exhibit that depicts the buildings of architect Frederick Delongchamps, who designed many public and private buildings in the region. Holland’s paintings are on display in the society’s gallery through Feb. 23.

Records indicate Frederick DeLongchamps was the only person ever named Nevada State Architect. He was president of the Reno chapter of the American Institute of Architects. Born the son of a carpenter in Reno, he studied mining at the University of Nevada, and helped rebuild San Francisco after the 1906 earthquake. DeLongchamps entered and won a competition to design the new Washoe County Courthouse and continued to design hundreds of historic public buildings and private mansions in the region.

The Nevada Arts Council recently awarded Holland a grant to create a book of political cartoons, called “Outback Cartoonist.” Holland is a full-time fine artist and art teacher who has lived in the Artist’s Lofts in downtown Reno since 2000, coming to Nevada from Alaska. He is part of the Reno Open Studios September event, that brings together 40 of the area’s finest artists. He is a member of the Dusty Roads Artists Group sponsored by the St. Mary’s Art Center in Virginia City. Holland’s works are sold through galleries and special events that include the Nada Dada Motel each June, and at Artsy Fartsy in Carson City.

The Nevada Historical Society is at 1650 N. Virginia St. in Reno, adjacent to the UNR campus. Parking passes are available. For more information go to nevadaculture.org or call (775) 688-1191.