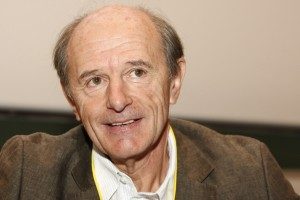 Famed French polar explorer and physician Jean-Louis Etienne will give a guest lecture at the Desert Research Institute, Northern Nevada Science Center on Monday, December 17 at 6 p.m. in the Stout Conference Room.

“We’re excited to have such a renowned environmental advocate visit our Reno campus,” said Jay Arnone, a DRI Research Professor whose work on climate change spans more than two decades and focuses on the effects of elevated carbon dioxide levels on terrestrial ecosystems.

“We (DRI) have an extensive climate research program that has produced quite a number of new insights about past climates and Earth’s polar regions,” added Arnone. “Dr. Etienne’s well known status helps us bring more awareness to the need for ongoing study in these areas, which could, in the long term lead to more interest in both the basic and applied research that our scientists and graduate students are doing right here in Nevada.”

Dr. Etienne, 65, will talk about his expeditions to the polar regions that are so dear to his heart and their evolution over the past 30 years. His two-hour, interactive presentation will describe what polar science brings to the understanding of our Earth’s delicate balance. He will also describe his next expedition, dubbed the Polar Pod, a one year drift around Antarctica’s “furious fifties” latitudes to measure the exchanges of carbon dioxide between the ocean and the atmosphere in one of Earth’s largest carbon sinks.

After completing medical school, Dr. Etienne embarked on a life as an expedition physician. His achievements include the Trans-Antarctica, a seven-month, nearly 4,000 mile traverse of the continent via dog sled; numerous summits in the Himalayas, Patagonia and Greenland; the first traverse of the Arctic Ocean in a hot air balloon and in 1986 he became the first person to reach the North Pole single-handedly, pulling a sled for 63 days in complete solitude.

Event details, driving directions and more can be found online at – http://www.dri.edu/