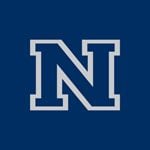 Magnetic fields within hot, highly charged matter, as hot as a star – like our sun, are being studied this month at the University of Nevada, Reno’s Nevada Terawatt Facility. The huge laboratory complex is home to the nation’s largest university laser and pulsed-power accelerator combination. In addition to being used to teach cutting-edge physics research to College of Science students, the facility is a resource for industry diagnostic testing and development and is helping to promote workforce development.

“We study changes in the state of matter as well as the evolution of the plasma as it reaches extreme pressure and temperature, and we’re perfecting novel techniques to measure and control the plasma,” said Aaron Covington, director of the Nevada Terawatt Facility.

The experiments underway this month are led by  Radu Presura, a Physics Department research professor who is funded by the Department of Energy to develop more accurate ways to measure the strength of complicated magnetic structures in plasma. Scientists desire to understand magnetic fields within the plasma in a variety of environments. At the Nevada Terawatt Facility, scientists can do what no other university can do, which is to use the laser to produce a plasma plume in the presence of an extreme magnetic field made by the Z-pinch accelerator, allowing plasmas to be studied across a broad range of parameters.

The facility, located near the airport in Stead, north of the University’s main campus, is known for having world-class plasma physics theory and experiments. Ongoing efforts include studies of laboratory astrophysics and high-energy plasma experiments that use the Terawatt Facility’s unique Z-pinch/laser combination. Besides exploring the inner workings of stars and fusion energy, industry collaborations are providing the opportunity to explore more practical innovations that may help to improve methods of medical diagnostics, precision optical development, cancer treatments and more.

Plasma physics may sound like a branch of science that has no links to the practical world, but in truth, technologies that have emerged from basic physics research are all around us. When you go in the automatic doors at the grocery store, flip a switch on a fluorescent light, scan a credit card, use a cell phone, or need to undergo medical diagnosis and treatments – these daily activities have all benefited from the study of plasma physics.

“We do state-of-the-art plasma dynamics work at the lab, exploring what matter does under extreme pressures and temperatures,” said Jeff Thompson, dean of the College of Science. “When you bombard a material with a fast surge of electricity or an intense laser pulse, protons, neutrons and x-rays can be produced that are of interest to many industries. We work collaboratively with those industries and can help them to use our facility to carry on their own experiments.”

There are also quantifiable byproducts of the experiments that are of interest to a number of industries.

“These tools can potentially make it easier to locate and destroy the cancerous cells making up a tumor. We’re even exploring the production of radioisotopes using high-power lasers, a technique which doesn’t produce dangerous radioactive byproducts found in fissile reactors and has great potential for cost savings and increased availability.”

With the Zebra Z-pinch accelerator, almost 150 kilojoules of energy is stored in a huge underwater capacitor bank. This energy is delivered to a dime-sized array of wires that are thinner than a human hair in about a nanosecond, or 100 billionths of a second. Hence, the peak power of two terawatts are routinely achieved. The average lightning strike peaks at one terawatt, and lasts for 30 microseconds. (A microsecond is 1,000 times longer than a nanosecond). The target in the Zebra changes from a solid to a plasma, the fourth state of matter, extremely quickly, and these plasmas can reach temperatures and densities found in stars.

“This facility has all the elements for success at the University: teaching, research and outreach to the business community for economic development,” said Heidi Gansert, assistant to the president for external affairs at the University. “The collaborations we’re initiating with industry will help businesses expand, and we provide a highly talented workforce to the industry. We’re working on building these aspects of our work.”

University of Nevada, Reno physics students have an unparalleled exposure to one of the best physics education programs in the country.

“I’m really proud of the fact that we can introduce undergraduates to intensive research in plasma physics as part of their experience, and solve real scientific and practical problems,” Thompson said.

The Nevada Terawatt Facility engages not only undergraduates, but graduate students and post-doctoral researchers.

“Many of the best students who graduate from our program come from local high schools,” Covington said. “The program also attracts students from around the country and internationally. These students both stay here to continue research or go on to do higher-level work at larger national labs such as Los Alamos, Sandia or Lawrence Livermore. Former students are also finding excellent industrial positions.”

For instance, participating in Presura’s experiment this month are Angel Arias, an undergraduate from Reno High School; David Martinez, a former College of Science student who is now a post-doctoral student at Lawrence Livermore National Laboratory; and Nancy Quiros, a graduate student from Costa Rica.

The Nevada Terawatt Facility is one of the National Nuclear Security Administration’s Science Centers supported by a grant from the Stockpile Stewardship Academic Alliances Program.