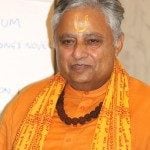 Actual remains of Buddhism founder Gautama Buddha (who died around 486 BCE) will be visiting Reno from Jan. 25 to 27.

This free exhibit of a precious collection of sacred relics, to be held at Reno Buddhist Center (RBC), is sponsored by Dharmakaya Buddhist Study Group of Reno and RBC. These relics, which resemble pearl-like crystals, were found among the cremation ashes of Gautama and other Buddhist masters, according to co-host Matthew Fisher. These include eight relics of Buddha from Dalai Lama’s personal collection.

Hindu statesman Rajan Zed will be part of the invocation ceremony starting at 6 p.m. on Jan. 25. Zed, who is president of Universal Society of Hinduism, says that Buddha’s “middle way” has led large populaces of the world toward the truth and he heartily welcomes the relics of this great and enlightened soul to Reno.

Visitors to this event may be able to participate in a blessing ceremony in which the relics of the Buddha are gently placed on the crown of the visitor’s head for a personal blessing. A special Blessing of the Pets will be held on Jan. 27.

After Reno, this Maitreya Heart Shrine Relic Tour will visit Mexico, France, Slovenia, Croatia, Italy, Switzerland, Netherlands and Indonesia as well as Riverside, Calif., Eugene , Ore., and Madison, Wis.. Collected by Lama Zopa Rinpoche over many years, eventually these relics will be enshrined in a 150-foot bronze statue of Buddha to be built in Bodhgaya, India, the town where Buddha gained enlightenment,

“Visitors often report experiences of inspiration and healing when in the presence of the relics…the powerful effects of the relics open their hearts to compassion and loving-kindness,” the event announcement points out. “The purpose of the Relic Tour is to inspire people of all spiritual traditions and paths to come together to experience the blessings of the relics,” it adds.

Buddhism, the fourth largest religion in the world, started with the enlightenment of Gautama Buddha under a bo tree in India around 531 BCE. There are about 2,000 estimated Buddhists in Northern Nevada.