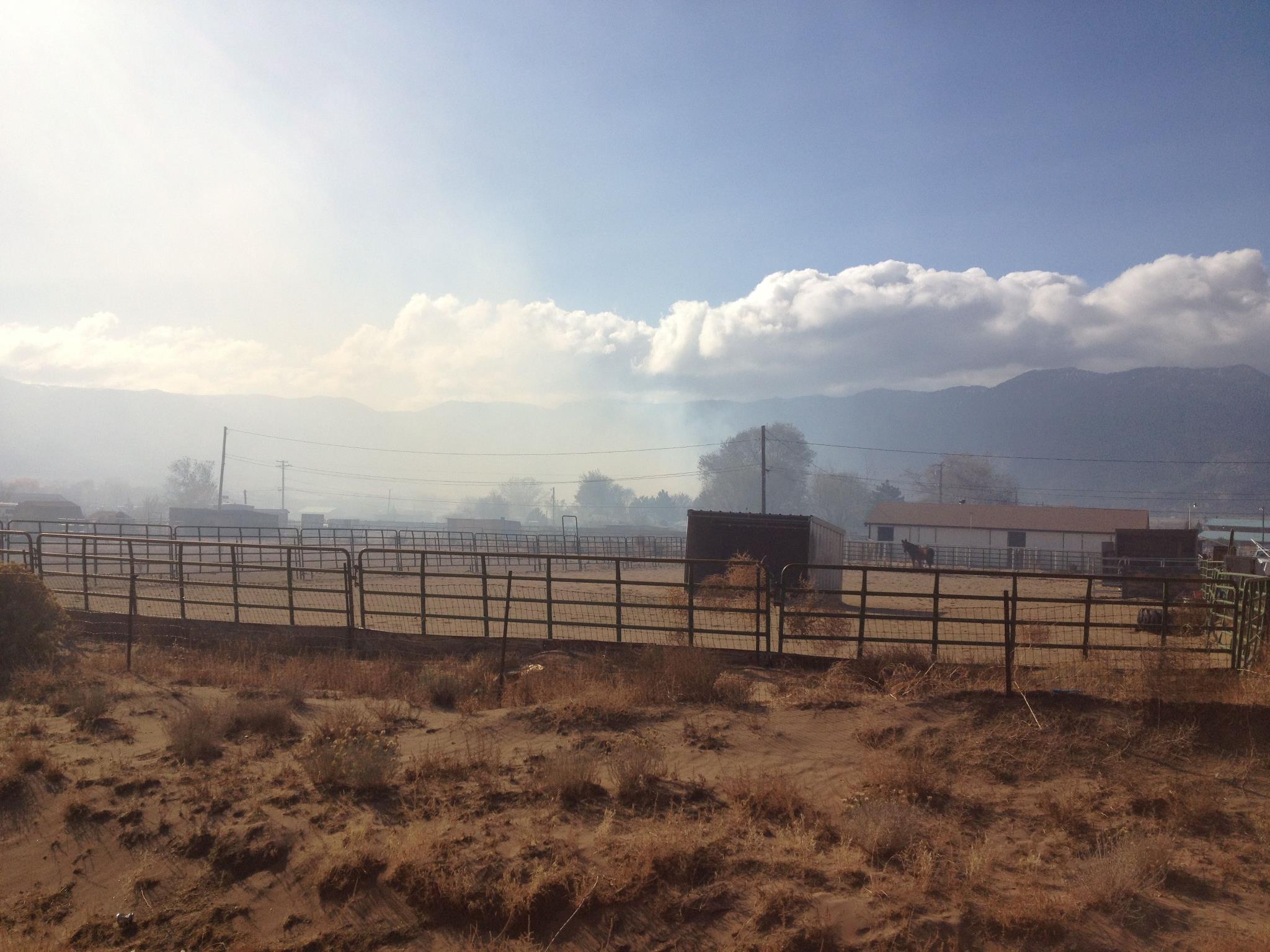 Truckee Meadows Fire Protection District is making progress on containing a fire in Washoe Valley. The fire started shortly after 12:30 p.m. this afternoon and affected five acres southwest of White Pine Drive and Esmeralda Drive in Washoe Valley. At 50 percent containment, two out-buildings are confirmed destroyed. The cause is currently under investigation.

Truckee Meadows Fire Protection District Chief, Charles A. Moore says the smoke and wind created the potential for a much larger fire, “In the initial attack, there was a lot of thick smoke in the area that made it very difficult to determine the number of structures that were affected. Crews quickly surrounded the fire to contain it to the five-acre area.”

Although closed earlier due to the fire, Eastlake Boulevard is now open. The voluntary evacuation has been lifted. However, access is restricted in the five-acre fire area. Washoe County Regional Animal Services established an emergency animal shelter at New Washoe City Park and will be on site until 4:30 p.m. Residents needing help with removing animals or livestock or have concerns about animal welfare may call Regional Animal Services Dispatch at 322-3647.