OPINION: The rise of ‘Moderate Mike’ 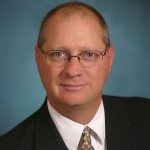 I promised to transcribe and report back to you some of the outrageous things new State Senate MINORITY Leader “Moderate Mike” Roberson said on Ralston Reports last Thursday night.  And I believe a promise made is a promise that should be kept.  So here ya go…

Going into last Tuesday’s election, Republicans were in the minority by an 11-10 margin.  Sen. Roberson was put in charge of his caucus’ campaign operations a year ago by former State Senate Minority Leader Mike McGinness.

To gain the majority, Roberson needed to win four out of five competitive races that were on the ballot this year.  Roberson boldly predicted he’d win all five.

He then proceeded to hand-pick his five candidates – tossing aside in Senate District 18 conservative Assemblyman Richard McArthur, a Tax Pledge signer, in the process.

Instead, Roberson backed moderate Assemblyman Scott Hammond, a moderate Republican and government employee who verbally promised Republicans he wouldn’t raise taxes in 2010 only to go back on his word and vote for the $620 million Sandoval Tax Hike of 2011.

After the close of candidate filing last March, Roberson then announced he was supporting Gov. Brian Sandoval’s new proposal to once again impose that $620 million dollars worth of “temporary” tax hikes in 2013 and made sure none of his hand-picked candidates signed the Taxpayer Protection Pledge which would preclude them from similarly backing the Sandoval-Roberson Tax Hike of 2013.

Give Roberson credit.  He went out and raised a boatload of money – and all five of his hand-picked, non-Pledge signing candidates won their primaries.  They then moved to the general election with an estimated $2-3 million worth of direct contributions and/or independent expenditures on their side.

Roberson had everything he wanted going for him.  Indeed, here’s what he told reporter Sean Whaley the day before the election:

ALL of these races.

But when the smoke cleared on Election Day, despite his pre-election braggadocio, the Roberson Republicans ended up exactly where they started.  In the minority, 11-10.

Football coaches and baseball managers have been fired for less.  And yet, here’s how Roberson tried to “spin” show host Jon Ralston:

“We did very well, especially considering the headwinds of the Obama wave here in Nevada.”

I guess it depends on your definition of “very well.”

Roberson had five winnable seats.  He hand-picked his candidates.  He funded them up the wazoo.  He predicted he’d win all five.  And he only won three.  Two of which were in generally safe Republican districts.

And what “Obama wave” is he talking about?  There was no “Obama wave” in this election.  The “Obama wave” was in 2008, the first time the president won.  This time around Obama received about 50,000 FEWER votes against Mitt Romney than he did against John McCain in ’08 with the voter registration numbers in this state almost identical.

I’ll have more analysis of Sen. Roberson’s appearance on Ralston Reports in the next couple of days – and believe me, the most outrageous stuff is yet to come – but let me leave you with this today:

So tell me again how promising voters you won’t raise their taxes kills Republican candidates with Democrat and independent voters?

Hope for the Assembly

The affable Assemblyman Pat Hickey of Reno was elected on Friday to serve as the GOP Minority Leader for the upcoming Nevada legislative session.

Unlike Senate MINORITY Leader “Moderate Mike” Roberson – who immediately hugged Gov. Brian Sandoval’s proposal to raise the “temporary” taxes again next year – Hickey has reasonably said he wants to wait to see the governor’s budget and how the economy is doing before committing one way or the other on the proposed 2013 Sandoval-Roberson Tax Hike.

Another difference and hopeful sign: The Assembly GOP caucus jettisoned liberal Republican Lynn Stewart as assistant leader and instead chose conservative Cresent Hardy – who voted against the 2011 Sandoval Tax Hike – for the No. 2 position.

“Moderate” Mike, on the other hand, elevated the state Senate’s two most liberal Republicans to leadership positions in his caucus – Ben Kieckhefer and Joe Hardy.  It’s as if my old friend Bill Raggio never left the building.

“Grover Norquist needs to go away.” – Republican MINORITY Leader “Moderate” Michael Roberson complaining about the Taxpayer Protection Pledge established by Mr. Norquist at the behest of Ronald Reagan some 25 years ago.