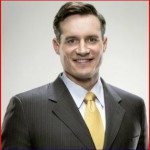 CARSON CITY – Increased financial disclosure, greater restrictions on contributions and gifts, and tougher penalties for campaign violations are the goals of new legislation for the 2013 Legislature detailed today by Secretary of State Ross Miller.

The “Aurora Act,” named for the new campaign contribution and expense search function now available at the Secretary of State’s website, includes language that would mandate near real time reporting of large dollar campaign contributions and expenses, further define the prohibition on personal use of campaign funds and significantly restrict the ability of candidates and public officials to receive “gifts” from donors who may pose a conflict of interest.

The proposed legislation also includes provisions to allow the Secretary of State’s office to seek injunctive relief to order individuals or groups to file campaign finance reports, and substantially increased penalties for violations.

Miller said the campaign reform measures passed in the 2011 legislative session were the most comprehensive in Nevada history.

“We’ve made progress in increasing transparency and accountability in recent sessions, but we can clearly do more and do better,” he said. “I believe that we will have an initial coalition of lawmakers that can make this happen. If we want meaningful reform to occur, we need to call on all candidates and elected officials to support the ‘Aurora Act.’ We’ve all heard the lip service to this issue, but I believe that with the public’s help, we can get enough support from both sides of the aisle to bring much needed sunshine to this state.”

Initial support for Miller’s “Aurora Act” has been expressed by Assemblymen Marcus Conklin, D-Las Vegas, and Pat Hickey, R-Reno, and by former state Sen. Sheila Leslie who is the Democratic candidate for Senate District 15 in Reno.

Hickey earlier this year called for his own set of reforms.

Hickey said: “ While there may be more or less added to Secretary Miller’s proposals, there should be widespread bi-partisan support for cleaning up campaigns and the conduct of candidates at all levels.”

Leslie said: “This is an opportunity for lawmakers to step up and give our constituents the information they need to make informed decisions, and to develop a greater level of trust between the people and their public servants.”

Leslie in 2011 proposed legislation that would have required lobbyists to report spending on lawmakers year round, and not just during legislative sessions. The bill died in an Assembly Committee. She requested the same bill for the 2013 session.

Conklin said the proposal could set an important tone for the legislature.

“We want to come away with an increased transparency, and in doing so demonstrate to Nevadans that their lawmakers can work in a bipartisan manner to effect meaningful change,” he said.

– Increased disclosure and transparency into the money being spent in Nevada’s elections by defining “electioneering communication” and “independent expenditure” to clarify who is required to disclose and when they are required to disclose money spent on Nevada candidates by third-party groups.

– Clarifying the term “personal use” to prevent campaign contributions from being used by a candidate for personal use.

– Clarifying that any expenditures made from a candidate or public official’s campaign account must always be reported.

– Reporting within 72 hours contributions received or expenses paid in excess of $1,000 to provide the public with more “real time” reporting through an election cycle.

– Clarifying that the Secretary of State may seek injunctive relief for campaign finance violations to ensure that individuals and groups must not only pay a financial penalty but also actually disclose their activity.

– Restricting and clarifying laws related to the acceptance of gifts by public officials by better defining “gift” and “restricted donor.” Changes will set forth from whom it is legal to accept gifts, and provide a clear list of examples of gifts that may or may not be accepted and must be disclosed on public reports.