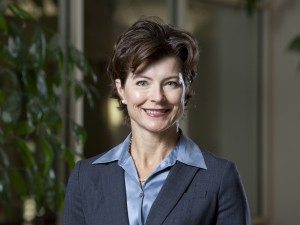 Heidi Gansert will join the University of Nevada, Reno as special assistant to the president for external affairs. In making the announcement today, University President Marc Johnson emphasized a commitment to strengthen the University’s outreach and collaboration with business and industry, organizations, agencies and other constituents.

“Heidi will serve as a catalyst for opportunities and partnerships that will result in productive outcomes for Nevada,” said Johnson. “She will help connect the expertise of our faculty and resources of the University to result in solutions. The University’s connection to economic development will be a priority, and Heidi has worked closely with economic development agencies throughout the state.”

“The University of Nevada, Reno is fundamentally vital to Nevada’s quality of life and economic development,” said Gansert. “As a former chief of staff and legislator, I’ve been impressed by the University’s extraordinary, talented faculty and staff and the University’s progress under very difficult conditions. I am honored to have an opportunity to play a role in the continued success of one of the best organizations in our state.”

“Just as this is a community-based university, more regional leaders are expressing their commitment to build a university-based community,” said Johnson. “In this new role, Heidi will be integral to bringing this vision to fruition.”

Gansert most recently was chief of staff to Nevada Gov. Brian Sandoval from January 2011 to September 2012. She served as an assemblywoman representing District 25 in the Nevada State Legislature from 2004 to 2010. Her time in the executive and legislative branches of state government included important roles related to education, economic development, workforce training, energy and business.

Gansert is the governor’s appointee to the Legislative Committee to Evaluate Funding for Higher Education in 2012 and was a member of Nevada’s Team to the National Governor’s Association Policy Academy to Improve Performance Measures for Higher Education. As a legislator, Gansert served on the Committee to Study Capital Funding for Washoe County School District and the P-16 Committee to Study Education in Nevada. In 2005, she was named Freshman Legislator of the Year by the Las Vegas Review Journal and the Police Officers’ Research Association. She received the Nicholas J. Horn Award from the Nevada State Medical Association and a Special Recognition Award from the Washoe County Medical Society in 2007.

Prior to these roles, Gansert was an independent management consultant for medical practices and a resource planning engineer for Sierra Pacific Power Company in Reno and Louisville Gas and Electric in Louisville, Ky.

“Heidi brings an impressive and broad base of experience, a commitment to community service and a strong history as a consensus builder, negotiator and problem solver,” said Johnson. “I am confident her leadership will benefit the University and those we serve.”

Gansert starts in her new role on Oct. 29. Her responsibilities include leading the University’s Economic Development and Business Relations Task Force, which includes several deans and administrators with outreach responsibilities.