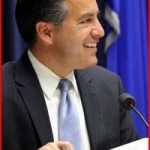 CARSON CITY – As Nevada policy makers work to ensure that ineffective teachers are removed from classrooms around the state, a new report released today provides evidence to support the use of test scores to measure how much individual teachers contribute to pupil achievement.

But in his report released today called “Transforming Tenure: Using Value-Added Modeling to Identify Ineffective Teachers,”- Winters said his analysis using data from Florida public schools shows that a VAM score in a teacher’s third year in the classroom is a good predictor of that teacher’s success in the fifth year of teaching after receiving tenure.

“VAM is not a perfect measure of teacher quality because, like any statistical test, it is subject to random measurement errors,” Winters said in his report. “So it should not be regarded as the ‘magic bullet’ solution to the problem of evaluating teacher performance.

“However, the method is reliable enough to be part of a sensible policy of tenure reform – one that replaces ‘automatic’ tenure with rigorous evaluation of new candidates and periodic reexamination of those who have already received tenure,” he said.

Winters, an assistant professor at the University of Colorado Colorado Springs, discussed his report in a telephone conference today with the news media.

“The idea is by looking at student test scores and by matching students to their teachers, we can identify which are the effective teachers – which are the teachers that are having a positive effect on student learning as measured by their test score growth – and which teachers are just not doing as well,” he said.

The findings show that the value-added analysis is a good predictor of future teacher performance, Winters said.

“What this means is that value-added is potentially a useful tool for identifying a teacher’s future performance, which is what we really want out of an evaluation system,” he said. “And on top of that, I show that value-added is actually a far better predictor of a teacher’s future performance than is a measure that is commonly used by the current system, which is obtainment of a master’s degree.”

The analysis comes as Nevada Gov. Brian Sandoval is pushing for improved teacher accountability as a way to improve student achievement. Sandoval was successful in getting a number of reforms passed in the 2011 legislative session, including a requirement that student achievement data must be at least half of, but not the sole factor, in evaluating teachers.

Lawmakers also supported the creation of the Teachers and Leaders Council of Nevada, which is charged with making recommendations by December of this year to the state Board of Education for the creation of a statewide performance evaluation system for teachers and administrators.

The Board of Education has until June 1, 2013 to adopt regulations establishing the performance evaluation system, which then must be implemented in the state’s 17 school districts by the 2013-2014 school year.

Sandoval is expected to pursue further education reforms in the upcoming legislative session, including ending social promotion of students.

Tennessee was the first state to develop and use value-added models, according to the Data Quality Campaign.