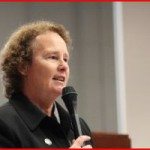 Gov. Brian Sandoval’s proposal to extend a package of sunsetting taxes into the next budget to avoid any further cuts to education won’t provide enough revenue, she said in a debate with Brower on the Nevada NewsMakers television program.

The Washoe County School District will have to cut $50 million next year even if the sunsetting taxes are continued, she said.

“All the surrounding states have that kind of a tax,” Leslie said. “Utah is the lowest at 5 percent. We could have a 1 or 2 percent tax and still be the lowest. We could phase out the modified business tax, which is a job killer. And we could lower the sales tax, eventually.”

Brower said he supports extending the sunsetting taxes, but said talk of new taxes is premature.

“Including the tax revenue that was to sunset as revenue that we will or may have as we build the budget is the only common sense thing to do,” he said. “Otherwise we have a $700 million hole in the budget and we just can’t fill that, especially if we are not going to cut education further, which I think is absolutely critical.”

The debate, which went off without any fireworks, involves a state Senate seat considered critical by both Democrats and Republicans as they seek to control the 21-member house for the 2013 legislative session. Democrats now have an 11-10 majority. The 42-member Assembly is expected to remain in Democratic control.

In an unusual political move, Leslie resigned her Senate 1 seat to run against Brower in the new District 15. Brower was appointed to the Senate in District 3 to fill out the term of the late Sen. Bill Raggio. The new district, the result of redistricting based on the 2010 census, has a Republican voter registration edge of 39.8 percent to 37.9 percent for Democrats as of the end of August. 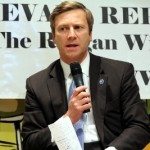 Brower said it would be better to have Republicans control the Senate because the party is more pro-business. Republicans will also do more to further public education reform and work to reform the collective bargaining process, which is crippling local governments, he said.

Democrats came along “kicking and screaming” in their support the 2011 education reforms, Brower said.

Leslie said having Democrats in control has ensured that Nevada has not had to deal with “horrible legislation” that has been seen in other states such as voter suppression efforts and hard-line anti-immigration measures.

Sandoval is a Republican so there is balance, she said.

“And as to the education reforms, those came out of the Democratic Assembly, they were the ones who brought forth the reforms, so it’s not true that Democrats don’t ever want to reform anything,” Leslie said.

Having said that, Leslie said the 2013 Legislature needs to look at properly funding education and retaining the best teachers, not pursuing further reforms. The 2011 reforms, including a new teacher evaluation process, have not even had a chance to take effect yet, she said.

Brower said he would like to see more choice for parents in picking schools and have the state give up some of its control to the local school boards. The best teachers also need to be paid more, he said.

The two candidates will also debate Friday on the Face to Face television show.Sheila