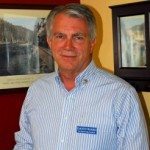 If a person represented all that is good and positive in Reno, Nevada, David Ward would be among the top candidates to be called Mr. Reno.

Native and long-term residents are unusual in Nevada where only 24 percent of the citizens were born here; however, Ward is one of those unusual people who has lived in the Truckee Meadows area for over 50 years. He raised a family and built a business in Reno.

Ward, a University of Nevada, Reno graduate, married Shannon, his college sweetheart, 39 years ago and founded E Media Ad Group 12 years ago, where he is a trusted media consultant for several local businesses.

He has consistently contributed time, money and/or energy toward maintaining and improving the quality of life in the Truckee Meadows. Ward has served as a Nevada commissioner for mental health and developmental disabilities, vice chair on the disabilities resource board, a board member of W.A.R.C. (Washoe Ability Resource Center), an advocacy committee member of the Historic Reno Preservation Society and president of Reno Central Rotary, Executive’s Association of Reno and the Reno Ad Club.

Campaign for the community

Ward is now stepping up his pubic service commitment by campaigning for more effective local governmental structure as a key element in his run for Reno City Council at-large seat. If he is successful his plan could help the area meet the needs of its citizens with less bureaucracy and at a lower cost. Primary to Ward’s plan is to lay groundwork for consolidating the Truckee Meadows communities under one entity.

Currently the valley contains three major governments (Reno, Sparks and Washoe County) with duplicate councils, committees and services as well as several quasi-government entities and boards for other essential public services. The cost of multiple governments is only part of the issue as a citizen’s or business person’s interaction may vary significantly depending on which entity is involved.

Ward notes that the recent failure of the consolidation of the Reno and Washoe County fire services was due to a poor implementation plan that failed to create a fair and equitable joint power agreement for the combined fire services. He also suggested that an independent fire services board consisting of people with expertise in the field was needed to make the fire services consolidation successful.

The result of the “divorce” of the Reno and Washoe Country fire services is that Washoe County residents now pay more for fewer services. Reno residents would be in a similar situation if the city had not won a two-year federal grant to supplement the cost of its fire services, and there is no guarantee that the federal grant will be renewed at the end of two years.

Ward intends to meet with every key government representative to open a dialogue about consolidating all government functions under one entity that will be equitable for all citizens. He is realistic about the challenges and resistance to the idea, but consolidation has never been more necessary for the future of the area.

In addition to consolidation, Ward sees multiple challenges for Reno, both now and in the future. Unemployment and homelessness are high, while government and gaming revenues are declining.

Residents have complained that they don’t feel safe in the downtown area because of panhandling and other aggressive activities of homeless people. Ward recognizes that many of Reno’s panhandlers may have mental and/or financial issues that need to be addressed. He cites one casino owner who told him about a patron who panhandles downtown until he has $50, then goes to the casino to gamble. Ward suggests an “effective and compassionate” solution to the issue is needed.

He has several ideas to improve the attractiveness and safety in the downtown area, including addressing the issue of vacant store fronts that magnify Nevada’s business and unemployment woes to visitors and citizens. 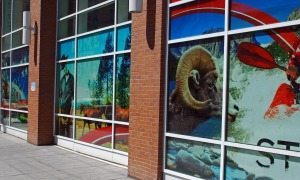 Ward suggests following the lead of The Montage upscale condo development in downtown Reno. The former casino underwent a massive renovation in 2006-08. The bottom dropped out of the Nevada real estate market just as The Montage was opening. They have faced many challenges during this economic downturn, but rather than have empty space visible to people walking by, they covered the windows of vacant ground floor space with murals. The Montage’s retains its upscale look and the street level view feels friendly, not abandoned.

Ward feels that the city must rebuild its tourism base with a more diverse marketing effort on a national and international level with less dependence on traditional gaming marketing. He is confident that Reno can continue to be a dynamic community and he is impressed by Reno’s new city manager, Andrew Clinger, who is a Nevada resident that understands the needs of the local citizens and businesses.

Regardless of the outcome of the upcoming election, David Ward will continue to love and serve his community, which is why he can rightfully be called, Mr. Reno.

If Lorton was my boss, I’d quit (opinion)