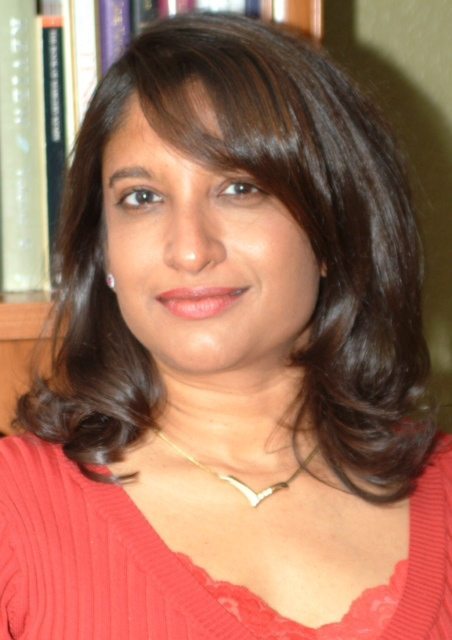 Teruni Lamberg, associate professor of elementary education at the University of Nevada, Reno’s College of Education, has a passion for preparing current and future teachers to teach math more effectively. Now, she has written a book on the subject that is in demand across the United States and Canada, and is even being discovered in other countries, such as New Zealand, England, Australia and Japan.

“People think we are isolated, but we are part of an international network of scholars,” Lamberg, a former elementary school teacher, said. “When we are teaching, we aren’t just doing what we think is best. We are using the newest, best methods being found around the world.”

Last October, Lamberg co-chaired an international conference held in Reno for a group of 500 educators and researchers called the International Group for the Psychology of Mathematics Education, all in the name of “making a difference in the field, finding new and better ways to teach math to students around the world,” as she put it.

In her recent book published by Pearson, “Whole Class Mathematics Discussions: Improving In-Depth Mathematical Thinking and Learning,” Lamberg uses five northern Nevada classrooms, grades 2-6, as case studies. She tells how the teachers adapted their teaching methods and classrooms to begin using the whole-class discussion approach, an approach that uses group discussion and problem-solving, rather than step-by-step instruction and memorization, to teach math, improve learning and meet Common Core standards, as well as National Council of Teachers of Mathematics standards.

“It’s having students figure things out for themselves, rather than just giving them instructions. It builds on student thinking,” Lamberg explained. “The book really pulls together all the research about this and presents it in a natural way, so that teachers can understand it and use it in practical ways to facilitate learning.”

Lamberg said that she and the five northern Nevada elementary teachers, who are all also alumni of the University, worked together to develop tools for teachers, and those tools are part of a “toolkit” included in the book, which includes video clips from the five classrooms, PowerPoint presentations, worksheets and more. The book tells how to design classrooms and cultivate classroom routines so that they are conducive to the whole-class discussion approach; as well as how to plan, execute, evaluate and continue to improve whole-class discussions.

Lamberg played a leadership role with the 2008-2011 Lemelson Elementary Education Math and Science Master’s Program at the University’s College of Education, a program funded by Dorothy Lemelson and the Lemelson Educational Assistance Program (LEAP). It was designed in collaboration with Washoe County School District specifically to develop the capacity to improve math and science learning of K-6 students. Students accepted into the program agreed to serve as math and science teacher leaders at their schools, teaching the methods they learned to their colleagues.

Recently, the Washoe County School District announced that its third-, fourth- and fifth-graders posted the district’s highest-ever math-proficiency scores, 77 percent. Kate Smith Elementary saw a large leap, going from 66 percent proficiency in 2011 to 77 percent proficiency in 2012. Kate Smith Elementary was one of the five schools Lamberg spent time with and featured in her book. In a Reno Gazette-Journal article, Kate Smith third-grade teacher Shelace Shoemaker credited what she learned while earning her Lemelson master’s degree for her classroom success, stating, “It gave me the background to teach problem solving.”

Along with colleagues in math and science education, as well as from the College of Engineering, Lamberg is now a part of a new Lemelson Elementary Education STEM Master’s Cohort Program at the University, also funded through Mrs. Lemelson’s generosity. The program will offer the opportunity for 28 northern Nevada K-8 teachers to complete a master’s degree in elementary education with an emphasis in science, technology, engineering and mathematics (STEM).