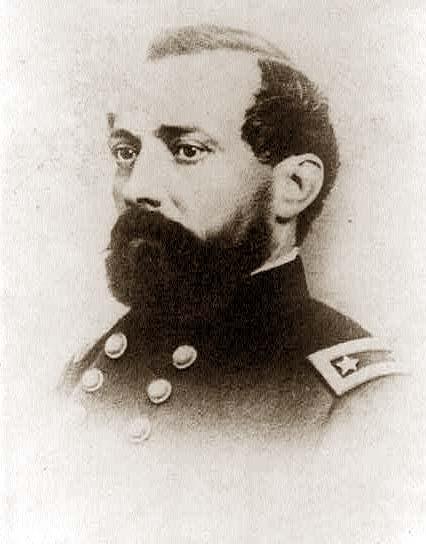 The City of Reno and the Historic Reno Preservation Society will mark the 150th anniversary of the death of the City’s namesake Friday, September 14, at 10:00 a.m. at Powning Park, at the corner of South Virginia Street and Pine Street. Powning Park is the site of a life-sized statue of Major General Jesse Lee Reno.

The brief ceremony will include a keynote speech by Bill Isaeff of the Historic Reno Preservation Society, and comments by Guy Rocha, retired State Archivist for the State of Nevada.

Reno was killed leading his troops in battle September 14, 1862, during the U.S. Civil War. Three days later at the battle of Antietam, the Union troops’ battle cry was “Remember Reno!” in memory of their fallen leader. In 1868 when the Central Pacific Railroad came through a growing town called Lake’s Crossing on the Truckee River in Northern Nevada, a proper townsite was laid out and the town was renamed after the Civil War hero.

The sesquicentennial ceremony Friday will also include a color guard, and the laying of flowers at the monument to Reno.