Another incredible cat homecoming thanks to proper pet identification 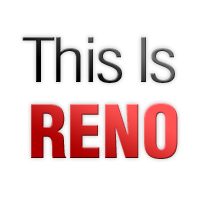 Devon Hayzlett said her husband thought someone was pulling his leg when he received a message from Washoe County Regional Animal Services that their 2-year-old cat Ponyo had been picked up in Reno on Monday, August 27.

The Hayzletts live in Dublin, California, just east of the San Francisco Bay and about a four hour drive from Reno. They had just seen Ponyo the night before and, because Ponyo is the kind of cat that likes to hide away for long periods, were not even aware she was missing, much less in another state.

“We all thought that someone had to be joking with us,” Hayzlett said. “Then we double-checked the phone number to confirm it was Washoe County Animal Services and saw a photo of Ponyo as a ‘Found Pet’ on their website – we were shocked.”

Regional Animal Services received a call from a security officer at Circus Circus in downtown Reno about 5:00 p.m. on August 27. They were concerned about the well-being of a cat spotted in the valet parking area.

Animal Control Officer Kevin Osborne responded. Because Ponyo was microchipped and had an ID collar with a phone number he was easily able to contact the Hayzletts in California to let them know their cat had been found and was safe, 220 miles from home.

The next morning Devon Hayzlett made the drive over the Sierra to pick up the family cat, still mystified as to how Ponyo made such a long journey in just a day.

The most logical explanation is that Ponyo accidently and unknowingly hitched a ride with some of the Hayzlett’s neighbors and their friends who had gone on a drive to Lake Tahoe and Reno, including a stop at the Circus Circus.

“Without the microchip and ID, we never would have known where Ponyo ended up,” Hayzlett said. “We are just so grateful to have her back.”

Washoe County Regional Animal Services believes that microchipping is your pet’s best chance of finding home if it ever becomes lost.

A microchip is a small, electronic chip enclosed in a glass cylinder about the size of a grain of rice. The microchip is activated by a scanner which receives information about the pet’s owners and home from the chip. In many cases, microchipped pets can be scanned in the field and returned to their homes without ever having to be brought to the shelter.

Regional Animal Services offers microchip implants for only $12. Microchips are also available through local veterinarians. All it takes is a simple injection, and registering your pet online, for the microchip to serve you and your pet for the pet’s lifetime.