In addition there will be over 65 hours of technical sessions; over 50 poster presentations; two 2-day workshops; 7 off-site field trips, 7 on-site tours, over 140 exhibitors at the GEA Energy Expo, and numerous hooks and slices at the GRC Annual Charity Golf Tournament and priceless networking opportunities.

Early birds who register before August 31 pay only $650 as members or $750 if non-members. The regular admission fee is $750 for members and $900 for non-members. The non-member registration includes GRC membership 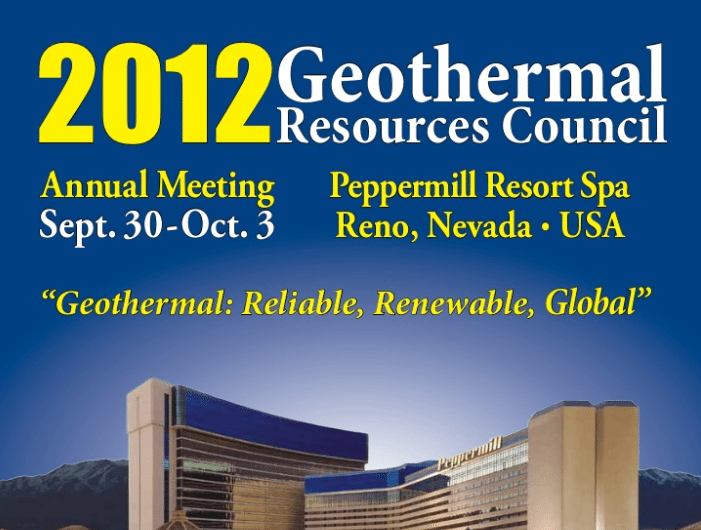 through 2013. Students with a current identification card from an accredited institution may attend free of charge.

Members of the working media who wish to cover the event may contact Ian Crawford of the GRC at [email protected] or (530) 758.2360 to register at no cost.

About the Geothermal Resources Council:

With the experience and dedication of its diverse, international membership bolstering a more than 40-year track record, the Geothermal Resources Council has built a solid reputation as the world’s preeminent geothermal association.The GRC serves as a focal point for continuing professional development for its members through its outreach, information transfer and education services.