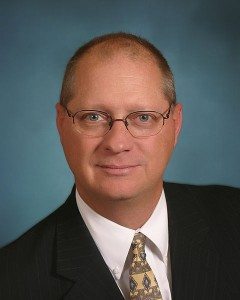 Indeed, Horne single-handedly killed a bill in the last legislative session that would have allowed individuals who are properly licensed to carry concealed weapons to do so on college campuses.  The bill was known as the Amanda Collins Act – named for the 25-year-old young woman who was brutally raped at gunpoint in a UNR parking garage with no means to protect herself because current law bans guns on campus.

The victim in this case abided by the law.  The rapist ignored it.  Go figure, right?

The bill was overwhelmingly passed in the state Senate with bipartisan support.  However, Horne, chairman of the Judiciary Committee in the Assembly, refused to even hold a hearing on the bill, let alone a vote.  So the bill died at the assemblyman’s hands.

Last October Horne was at it again, shamelessly taking advantage of the tragic shooting at the IHOP restaurant in Carson City to voice his opposition to legal ownership of assault weapons; asking at the time, “Why does a typical citizen need to own an assault weapon?

Um, to start with…because the bad guys have them?

Apparently to Horne the “typical citizen” should only be allowed to bring a knife to a gunfight.

Which brings us to an Aug. 28 hearing by the Advisory Commission on the Administration of Justice which voted 8-5 to not even discuss any proposal to ban assault weapons in Nevada.  That decision really got Horne’s knickers in a knot.

At the hearing, Horne, the committee chairman, “blasted” Elko Republican Assemblyman John Ellison for writing a column encouraging Second Amendment supporters to email Horne and voice their opposition to any such ban.

“Here in Nevada many people use these weapons for recreational use for target shooting, hunting and self-protection,” Ellison wrote.  “Also, many livestock owners carry them in their vehicle to keep predators from livestock.”

Horne took offense and complained at the hearing that Ellison shouldn’t have written the column and also claimed Ellison implied that Horne supported such a ban.  But Ellison’s op-ed did no such thing.  Ellison simply directed folks to email Horne as chairman of the legislative commission; that’s all.

So for Horne to erupt in such a manner brings to mind the phrase, “Methinks thou doth protest too much.”

Horne claims to be a gun owner himself…which may very well be true.  Nevertheless, his actions and words clearly reveal the instincts of a guns-for-me-but-not-for-thee gun-grabber of the first degree.  Thank goodness for Second Amendment defenders such as Assemblyman Ellison who won’t stand by and let the victim disarmament crowd get away with it.

Chuck Muth is president of CitizenOutreach.com.  He blogs at MuthsTruths.com