“We must leave Tampa this week on a mission to remind Americans they deserve more than the status quo,” Sandoval said. “They deserve to dream big. We must remind Americans that the promise of opportunity remains unbroken—that every person in this great nation can succeed through hard work, courage, and personal responsibility.”

Governor Brian Sandoval Speech To The 2012 Republican National Convention
As Prepared For Delivery
Tuesday, August 28, 2012
Thank you, and thank you Mr. Chairman.

I stand here tonight humbled to share with you the story of a nation, a state, and of one man.

It is the story of America itself—of courageous, freedom-loving visionaries who believed in the promise of opportunity, rather than the divine right of kings.

Who dared to dream that anyone could rise above the circumstances of their birth.

It is also the story of the Great Silver State—Battle Born Nevada!

We joined the Union to keep Abraham Lincoln in the White House and fulfill the promise of opportunity, as he ended forever the scourge of slavery.

And, it is my story: the child of working class Hispanic Americans who has lived the American dream.

The Proverbs tell us “from small beginnings come great things.”

My father was one of ten children.

My mother and her family lived in a tiny, two-bedroom house in the Southwest.

Dad worked his entire career as an aviation technician.

Mom was a legal secretary who became a teacher.

We lived a simple American life.

When I was a boy, my parents brought us to Nevada in search of opportunity.

In college, I worked in a hospital cafeteria.

I worked my way through law school.

Encouraged by my parents’ love for this country, I dreamed of public service.

I became a state legislator, a gaming regulator, and attorney general of my state.

My story could end there, but this is America.

And so, in 2005, a simple son of promise was appointed by President Bush and confirmed by the United States Congress as a federal judge.

I saw in my courtroom the fulfillment of all that our forefathers sought to create.

A nation of laws.

A nation of due process, and merit, and justice for all.

And, yes, a nation of immigrants.

One of the greatest duties I performed was to administer the oath of citizenship to new Americans—immigrants who embody our dream of opportunity and prosperity.

But from the federal bench, I also saw a nation beset on all sides by unprecedented challenges.

I watched my state’s economy falter, stagnate, and slide into decline.

Nevadans lost their jobs and their homes.

And what did I find?

A president who promised change, but turned instead to the same tired strategy of ever larger government.

A president who abandoned hope and embraced only blame.

So I stepped down from a lifetime appointment to make a difference.

I ran for governor, was elected, and like Republican governors all across this nation, I chose to make the tough decisions:

On issues like economic development, education reform, and redesigning how state government operates.

It hasn’t been easy.

And we’re not through it yet.

But I have put my faith in the people of my great state—because they are the ones who will grow our economy.

I have seen Hispanic business owners and families from backgrounds not unlike my own struggle in this economy.

I have seen young children from all walks of life begin to wonder if their future holds any hope at all.

Make no mistake: The current administration’s failed experiment with big government gets in the way of economic recovery.

Their love affair with government regulation is a drag on business confidence.

From personal experience, I can tell you what will help states like Nevada and families like mine:

Elect the team that understands how to get America working again.

Send Mitt Romney and Paul Ryan to the White House!

This administration sings the siren song that this is all there is.

They tell us government is the answer, but we know it’s the problem.

They tell us we didn’t build our businesses, but somebody else made it happen.

They tell us not to dream, but to settle.

You and I know America is better than that.

Our national story is one of confronting challenges—and winning.

We have overcome economic devastation, defeated mighty oppressors, and lifted up generation after generation of Americans.

We can—and we will—do it again.

For that is our birthright as members of the American family—white, black, Hispanic, Asian, immigrant or descendant of the Founding Fathers themselves.

We must leave Tampa this week on a mission to remind Americans they deserve more than the status quo.

They deserve to dream big.

We must remind Americans that the promise of opportunity remains unbroken—that every person in this great nation can succeed through hard work, courage, and personal responsibility.

For that is the real American story. 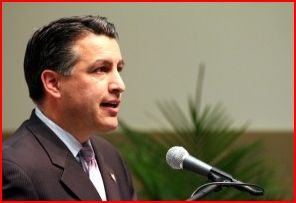