City proclaims a day after newspaper column on religion

City of Reno has proclaimed August 29, 2012 as “Faith Forum Day” after a highly popular one-of-a-kind weekly column “Faith Forum” of Reno Gazette-Journal (RGJ), which has completed 83 weeks without any gap.

Religious statesman Rajan Zed leads a panel of distinguished leaders of various religions and denominations of the area to produce this weekly dialogue on religion, involving important religious issues affecting the area-country-world. A book is being planned based on this Forum. 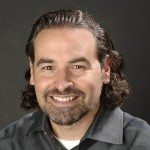 City of Sparks, lead by Mayor Geno R. Martini, also issued a Commendation certificate in March last to Faith Forum “for creating this constructive dialog which has helped to foster mutual understanding, trust, and loyalty in the community”.

Beryl Love says that this Forum is a model on how to engage the community on a subject matter that touches their daily lives and hearts. It will continue, he adds.

Rajan Zed, who has been bestowed with “World Interfaith Leader Award”, points out: Religion is complex. Religion is powerful. Religion is much more than our own particular tradition. There are interconnections and interdependencies between religions and there are differences. If we dig deeper, we shall find that we have more in common than in conflict. Faith Forum attempts to create harmony in the community.