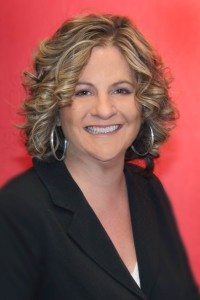 Safe Kids is a nonprofit organization made up of northern Nevada professionals dedicated to keeping children safe by preventing unintentional injury through educating families and providing safety equipment, such as car seats and cribs, to those in need.

Cook was named president effective July 1 and will lead the local coalition through June 20, 2013. Cook became involved in Safe Kids Washoe County in 2000 as a volunteer. During the past 12 years, Cook has offered her design services to Safe Kids Washoe County to promote the organization’s programs and safety information. Her work includes photography and design work for the Not Even For A Minute campaign, which aims to educate parents about the harmful and potentially fatal consequences of leaving children unattended in a hot car.

“Safe Kids Washoe County is a great organization made up of a diverse group of area professionals dedicated to child safety,” Cook said. “I am proud to work with such a great team and with a wonderful organization that helps make a difference in our community.”

Across the country, Safe Kids has more than 600 coalitions in 49 states, including Safe Kids Washoe County, which brings together local health and safety experts, educators, corporations, foundations, government agencies and volunteers to make a difference in the northern Nevada community.

Safe Kids Washoe County will host its annual Have A Ball mini-golf tournament and fundraiser on Saturday, Sept. 29. For details and to enter into the tournament, visit www.SafeKidsWC.com.