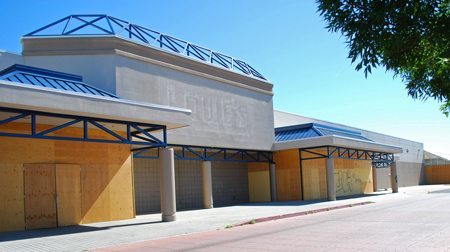 Nevada is the poster child of what not to do to save an economy. Politicians who promote failed policies continue to be elected in the state that leads the nation in being the worst at everything (unemployment, foreclosures, violent crime, education, etc.). Voters have been little more than Pavlov’s dogs in Nevada politics and are roped in by the claim that all Nevada’s problems can be solved by lower taxes and smaller government, which allegedly will make the Silver State more “business friendly.”

The problem is that Nevada is one of the most business friendly States in the nation and yet Nevada’s economic and social ills continue to spiral downward. Nevada has no income tax, has no corporate or capital gains tax and is one of the easiest states in which to establish a business. Yet, politicians win elections through promises of more jobs by making Nevada what already is: business friendly.

Nevada leads the nation in unemployment at 11.7 percent (April 2012). Ranked 50th out of 50 states in 2011 and 2010, and 49th in 2009, jobs¹, or the lack of them, is certainly a major issue for Nevada; however, conservatives rank Nevada in the top three states as being the most “business friendly.” The data used for this ranking is based primarily on low taxes and low business fees. So if Nevada is business friendly, why is the unemployment the highest in the nation?

CNBC also has a business friendly ranking, but low taxes and business fees are only part of the factors considered. CNBC’s 2011 ranking placed Nevada as 45th in Business Friendliness. Among the major factors in the state’s poor ranking were education (50th), economy (50th), quality of life (44th) and technology and innovation (37th).

Nevada’s fate will be determined by the voter, and if CNBC’s rankings are more indicative of business friendliness then Nevada voters must elect politicians willing to invest more money in quality of life issues and infrastructure. Revenue will have to be found to address the real issues or else the Silver State will continue its death spiral.