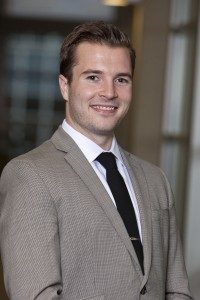 The University of Nevada, Reno named Mathew Neben the recipient of the 2012 Herz Gold Medal for outstanding scholarship, presented at each commencement ceremony to the graduating senior with the highest grade-point average.

Neben graduated today with a bachelor’s degree, majoring in economics and finance and minoring in journalism. He originally started his academic career at the University as an “apathetic, undecided freshman” but eventually was inspired to succeed because of the enthusiasm and encouragement of fellow students and University faculty.
“Did I have the personal capability to get involved and excel as a leader before I enrolled at the University?” Neben said. “Yes. Would I have ever attempted to apply myself without the support of my faculty and friends? No.”
As a student, Neben became a member of a social fraternity, was elected to the Associated Students of the University of Nevada senate and participated in many additional co-curricular activities.
The Herz Gold Medal is the University of Nevada, Reno’s oldest and most prestigious award, and was established in 1910 when the University was only 36 years old by brothers Richard, Carl and Otto Herz. This is the 20th consecutive year that the recipient of the award has graduated with a 4.0 GPA.
Funding for the award is now being provided by the University of Nevada, Reno Foundation and the Thelma B. and Thomas P. Hart Foundation, a Reno-based charity. The foundations wish to continue honoring the Herz family and will keep the name of the award.