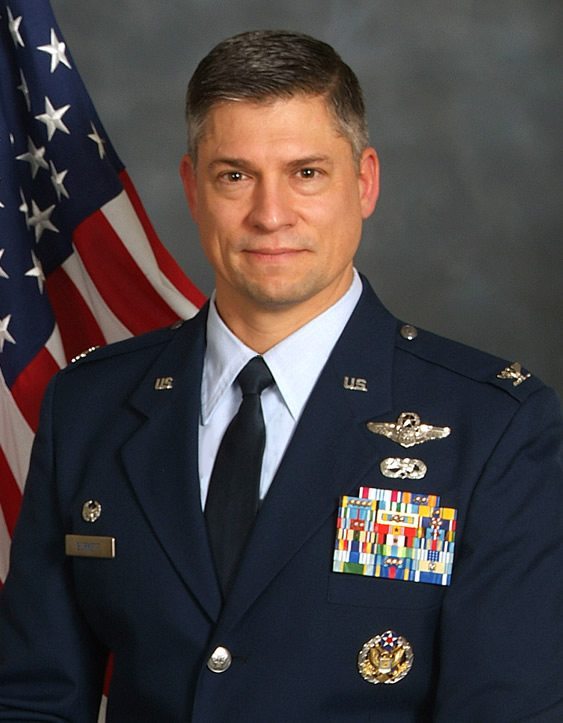 Col. Jeff Burkett assumed command of the 152nd Airlift Wing, May 5th at the Nevada Air National Guard base in Reno. He took the reins from interim commander, Col. Mike Williams.

Addressing the formation of airmen during the change of command ceremony, Burkett said he is looking forward to being in command of the High Rollers.

“I’m excited about being your commander and a member of the Nevada National Guard,” he said. “You can expect that I’m going to deliver 110 percent of my efforts to ensure this wing is successful.”

Burkett acknowledged this is a very challenging era for the military because of uncertain economic times.

“As an Air National Guard unit, we’re used to doing more with less,” he said. “It’s a testament of the outstanding leadership and airmen we have. I know we will continue to act as a high-powered team so the Air Force, Department of Defense and our local, state and national leaders understand the value we bring to the table.”

He added that he will not change the outstanding path the wing has been on, following the string of successes from deployment activities, inspection grades and community outreach efforts.

“It’s amazing everything this unit has done,” he said. “I truly am honored to be leading such an amazing group of our Airmen.”

Burkett was previously the commander of the Ohio Air National Guard’s 179th Maintenance Group in Mansfield, Ohio. As the group commander, he was responsible for safe, reliable operation of the organization’s aircraft and performance of its expeditionary airmen.

Burkett began his military career in 1990 and has a range of experiences that include work with the Department of Homeland Security.

He is married and has one daughter.

The 152nd Airlift Wing is based in Reno and comprised of about 800 airmen from across Nevada. The unit primarily has an airlift and air drop mission with its eight assigned C-130 Hercules aircraft, but also encompasses security forces, medical, communications and maintenance units. The wing has participated in continuous overseas deployments since 9/11 and several state contingency events.

The Nevada Air National Guard base in Reno is hosting a free, community-wide open house June 9 from 10 a.m. until 4 p.m. Parking is at the Grand Sierra Resort’s south parking lot and shuttle buses will run continuously.