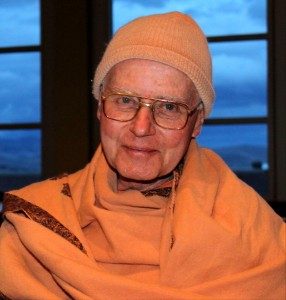 Swami Vedananda, a well-known Hindu monk from California, will talk about the wisdom of ancient Sanskrit scriptures—Vedas, Upanishads and Bhagavad-Gita—in Reno on April 14.

Swami renunciated the world and became a monk in 1970, leaving a promising engineering career. His order of monks belongs to unbroken ancient lineage established in the pre-BCE Vedic period. He has helped seekers of various faith traditions in spiritual practice and renewal over the years. He also leads a study circle at Stanford University.

Organized by the Universal Society of Hinduism, there is no charge for this event, which will be held at The Studio, 1085 South Virginia Street/Vassar, Reno (above Spy Shop), from 6 to 7:30 p.m. After 7:30 p.m., Swami will be available to answer individual/group questions. All are welcome. Tea and snacks will be provided. For information/RSVP, please email [email protected]