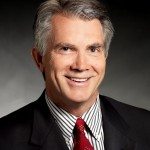 “At the joint governments meeting on April 2, I heard lots of disagreement, along with one possible solution,” Ward said. “Reno and Washoe County meet again on April 19 to consider a power sharing arrangement (joint powers agreement) to keep Reno, Truckee Meadows and the Sierra fire departments together. This would be a highly desirable outcome versus current plans which would result in more layoffs, higher taxes and less protection.”

Ward is taking his regional platform to the radio airwaves this week and said, “When elected I plan to continue to pursue ways to cooperate and consolidate government services to relieve pressure on budgets and to improve delivery of services.”

“In the last couple of years we’ve survived a tough economy, two devastating fires, a tragic air races accident and some senseless shootings,” Ward said. “Our first responders and local volunteers did their jobs bravely, without hesitation. We need similar courage to put politics aside and make the right decisions on behalf of the taxpayers.”

Ward said his campaign will encourage more inter-local meetings to build cooperation, promote transparency and find ways to break down political and personality conflicts that have paralyzed many aspects of local government progress.