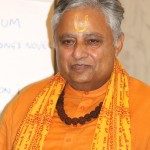 Hindus want Australia to immediately apologize and compensate the victims of forced adoptions.

Hindu statesman Rajan Zed, in a statement in Reno today, said that these forced adoptions resulting in forced removal of children from their parents between 1940 and the 1970s were morally reprehensible and a dark stain on Australia. It was clearly a “national disgrace,” highly unethical and immoral, and very painful for the women involved, Zed added.

Zed, who is president of Universal Society of Hinduism, argued that a formal national apology would be a “step in the right direction” for Australia, which would exhibit that it had “matured” as a nation. Besides the Australian government, state governments, hospitals and other institutions involved with the practice should also offer formal apologies, he stated.

An Australian Senate committee has also called for a national apology on this issue. The Roman Catholic Church in Australia reportedly issued a national apology last year over these past adoption practices. It is believed that over 150,000 women had their babies thus removed without their will. The government formally apologized in 2008 for the past wrongs committed on indigenous Australians.

A highly developed country and with the second-highest human development index, the commonwealth of Australia ranks as one of the best places in the world to live. Sixth-largest in the world, this country of kangaroo and koala is known for its natural beauty and has the longest continuous cultural history. Queen Elizabeth II, represented by Governor-General Quentin Bryce, is head of state, while Julia Gillard is prime minister.