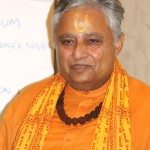 Reno-based Hindu statesman Rajan Zed has sent early greetings to Tamilians world over on the upcoming Pongal festival, praying for their happiness, peace and prosperity.

In a weekend release, Zed, who is president of the Universal Society of Hinduism, expressed warmest wishes to Tamilians on the four-day ancient harvest festival of Pongal, whose origins are sometimes traced back to around 200 BCE.

Zed urged them that in addition to celebrations on Pongal, they should each take a vow of undertaking at least one charitable project during the coming year for less fortunate members of the community. Charity is duty of all of us and it should be undertaken with modesty and sympathy, he said.