By Sean Whaley, Nevada News Bureau: Nevada is joining with many other states in seeking a waiver from the requirements of the federal No Child Left Behind Act, a state panel was told today.

If granted, the waiver being sought by the Nevada Department of Education will still require a major ongoing effort at measuring and improving student achievement, said Keith Rheault, state superintendent of public instruction. Rheault updated the waiver effort for the P-16 Advisory Council.

The waiver being offered by the U.S. Department of Education gives states flexibility on certain requirements of the law, which just saw its 10-year anniversary. The waiver is only valid for two years, however, unless Congress takes further action, Rheault said.

“The biggest complaint about No Child Left Behind right now is that if one or two students in a particular category, like special education students, fall below the proficiency, that can cause the whole school to be determined as not making adequate yearly progress,” he said. 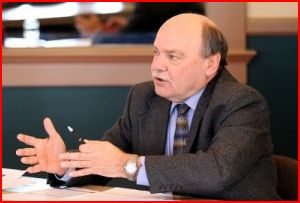 “Nevada will take this opportunity to build the type of school and educator accountability system that reflects our values,” says a Nevada Education Department memo on the waiver process.

“The governor has been kept abreast of the waiver application by the superintendent and the core team that is working and he absolutely supports the direction that they are headed,” Erquiaga said. “The current system, as he has talked about for a long time, is too narrow.”

No Child Left Behind has been useful in providing a foundation for introducing accountability into Nevada’s public school system, he said.

“But we know that if we look at growth, and climate, and some of the other issues that they will address in the waiver, that we’ll be better off than we are today,” Erquiaga said.

State Sen. Barbara Cegavske, R-Las Vegas, chairwoman of the P-16 Council, said she was proud that the No Child Left Behind Act became a reality because accountability in public education is so important.

“I think it was a great start,” she said. “With education we need to continuously be moving, and re-looking, re-thinking. Sometimes it takes us longer than we wanted.”

In order to be granted the flexibility provided for by the waiver, the agency must submit an application that explains how it will create a system that includes college and career-ready expectations for all students, state-developed recognition of and accountability for schools, effective instruction and the reduction of duplication and unnecessary burdens.

Nevada plans to submit its wavier application by Feb. 21.

Rheault said the decision to seek the waiver came after discussions with Nevada’s 17 school districts.

It will still require an assessment of how each school is performing, he said. Idaho is opting to use a star system with five stars identifying a top performing school, Rheault said.

Nevada plans to use a measure of individual student growth in achievement as part of the new assessment under the waiver, he said.

Eleven states sought waivers in the first round of applications, and a total of 39 states ultimately are expected to seek the waivers, Rheault said. Another 11 states say they don’t want waivers, he said.

Rheault had praise for what the act helped Nevada accomplish.

“Our accountability system wouldn’t be anywhere near where it’s at if we didn’t’ get forced into moving faster through No Child Left Behind,” he said. “I think it was just the designation of how it was so limited in how you defined what a good school was. That’s really the focus of these waivers and that’s why I thought it was important the state at least put in an application to change that.”

State Superintendent of Public Instruction Keith Rheault says the biggest complaint about No Child Left Behind is that a whole school can be identified as failing if only a few students don’t perform well:

Rheault says No Child Left Behind has produced some benefits:

Erquiaga says Nevada pubic schools will be better off with the waiver: