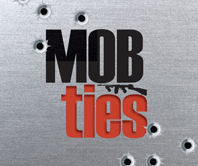 Nevada Magazine’s January/February 2012 issue is available on newsstands throughout Nevada. Featured in the edition are multiple Southern Nevada museums, highlighted by the opening of The Mob Museum on February 14. Former Las Vegas defense attorney and mayor Oscar Goodman is one of four people interviewed who have strong connections to the new museum, which is housed in the city’s historic former federal building and post office on Stewart Avenue.

For more information about Nevada Magazine, or to subscribe, visit NevadaMagazine.com.